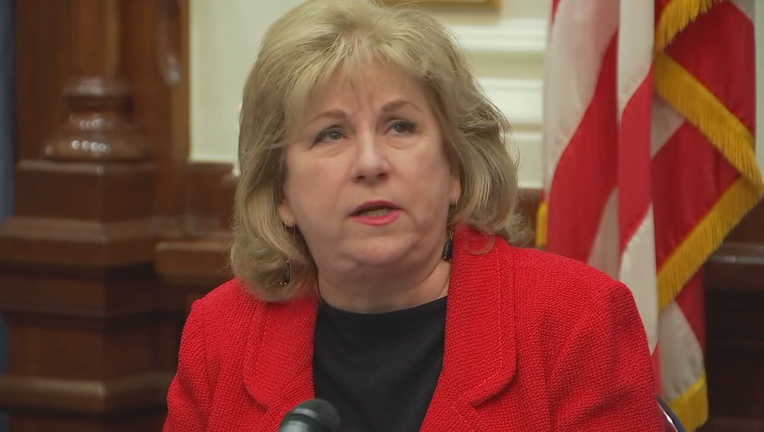 Nelson has served in the Texas Senate for 28 years, longer than any other Republican.

She was the first woman to chair the Senate Finance Committee.

Her district represents parts of Denton and Tarrant counties, and is drawn to favor Republicans.

It will likely draw a crowded field of candidates for the 2022 primaries.

"Jane Nelson is a great state senator whose 28 years of service, hard work and dedication to our state will be felt by Texans for years to come. I appointed Jane to serve as my Finance Chair – the first woman to ever be appointed to that position on a permanent basis. I needed someone I could trust without question to work with me on crafting the budget each session. She did the lion-share of the work and she always worked with distinction. Few realize that writing a $125 billion annual budget for the 9th largest economy in the world is not limited to a legislative session. It is a full-time project that requires constant focus and attention. Thanks to her vigilance, Texas has remained fiscally strong even during difficult times. She is a respected leader in the Senate.

Jane has always been a trailblazer, and as the ranking Republican in the Senate, she played a key role in helping to move our party from the minority to the majority. It is hard to overestimate the positive impact of Jane’s service to the state of Texas and I know Texans are grateful. She is the finest Finance Chair in Texas history. She will be missed by me and the 30 other Senators on so many levels. She was a mentor to me and made me a better Senator and Lt. Governor. She is my friend.

I have asked her to stay on as Chair through the end of 2021. I wish her the best in the next chapter of her life."