The Department of Justice will investigate police decisions from the Uvalde school shooting. A former chief prosecutor talks to FOX 4 about what that investigation might include.

The investigation, announced while the president was in Uvalde Sunday, is unusual but happening because of what happened as 19 officers waited in a hallway outside the classrooms.

During that time, 19 children were murdered by 18-year-old Salvador Ramos, who was eventually killed by police an hour and 20 minutes after he entered the school.

Usually, the justice department gets involved when the victims are targeted because of race or some other factors to indicate a hate crime. But this investigation will be about the failures to as quickly as possible get to the shooter and put the threat down.

"It’s a situation where the DOJ is going to come in and try to be the honest broker and find out what happened, what information law enforcement has and put together in a timeline," said Paul Coggins, the former U.S. Attorney for the Northern District of Texas. 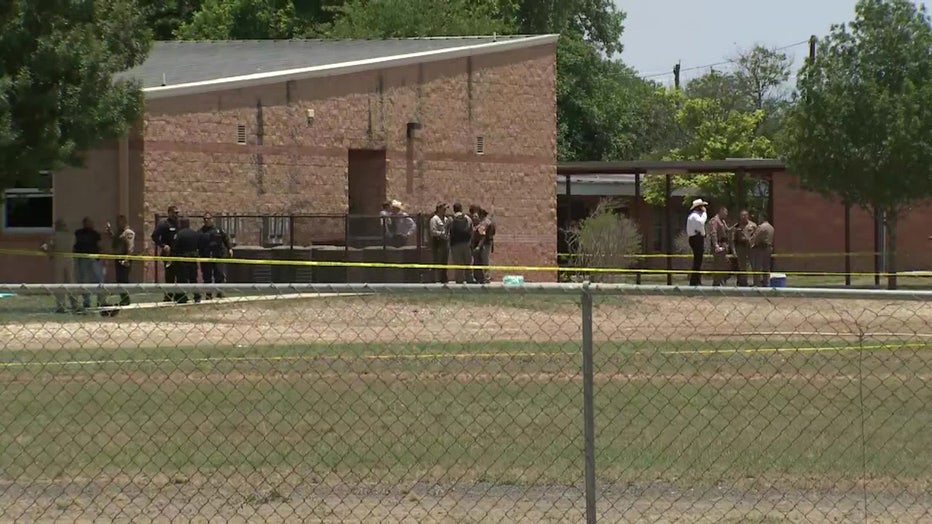 Scenes of a school shooting at Robb Elementary School in Uvalde, Texas ( )

Coggins sees this investigation different from most.

In this case, the 19 officers stationed in the hallway waited for tactical support.

Coggins said the investigation is not one the state of Texas can conduct.

"I don't think the state can do it because clearly the actions of the state will come in to play at some point. I mean, the governor was on the scene. The governor made statements. The governor has now backed off those statements. So, he was being fed information and obviously all that is going to pretty much call into question are they honest brokers in reporting what happened here," he said.

"Well, obviously he would be a key interview for anything like this because he is the head of the chain of command at this point. He’s giving the order, making the call that it’s a barricaded situation not an active shooter situation. That’s going to be called into question big time. But the question is you have to ask yourself how many of these individuals will submit to an interview because there’s civil liability issues obviously here. There are potential criminal issues," Coggins said.

Coggins said there is one overreaching question about the Uvalde school shooting investigators will want answered.

"One of the key issues is going to be why was this treated as a barricaded situation instead of an active shooter situation? The rules of engagement are clear on an active shooter engagement. You engage the shooter. You take him on. And there's gonna be issues and this is going to come out in the timeline, you take him on even if you believe he's not killing more individuals at that point. You have individuals that are wounded and need immediate help and they’re not getting immediate help. An hour, ten minutes, five minutes, a minute can make a difference in terms of saving someone's life," he said.

There’s no timetable for when the inquiry might start or stop.

The hope is something can be learned that can really help prevent these types of attacks on the most innocent from happening.