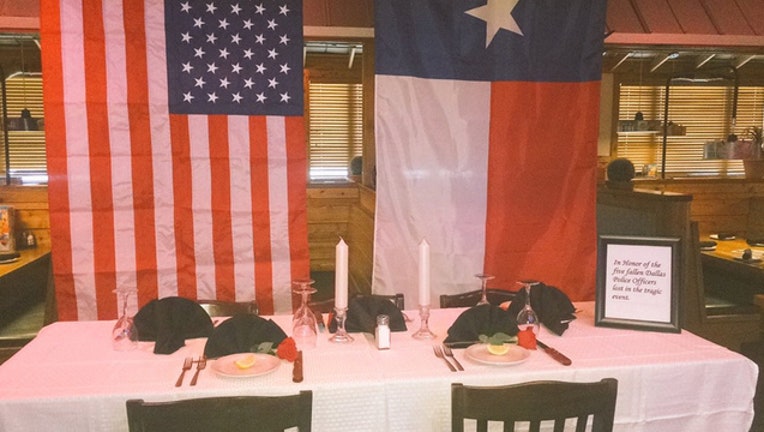 The Flower Mound location of the restaurant chain set a table for the officers with five empty chairs and a full place setting for each. Behind the table were hung the U.S. and Texas flag. A frame on the table read “In Honor of the five fallen Dallas Police officers lost in the tragic event.”

Brennon King, an employee at the restaurant, took photos of the table and tweeted them. He said the restaurant donated 10 percent of its sales on Wednesday to the Assist the Officer Foundation, which is run by the Dallas Police Association.

Four Dallas Police Department officers and one DART police officer were killed last Thursday in an ambush attack at the conclusion of a protest in downtown Dallas.