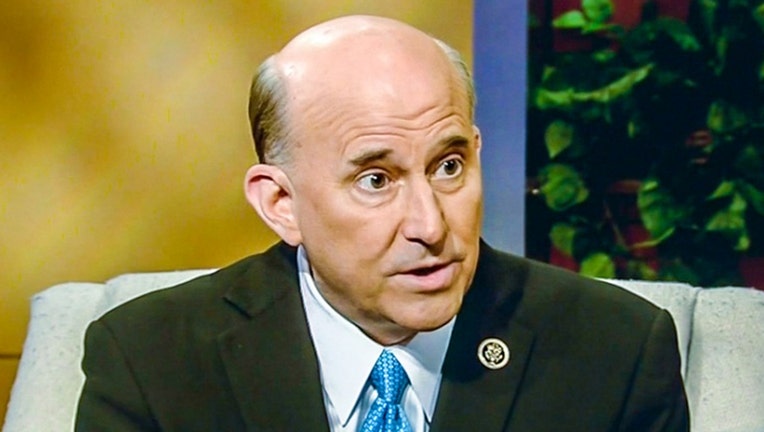 WASHINGTON - Rep. Louie Gohmert, R-Texas, tested positive Wednesday for the coronavirus, forcing him to abruptly cancel his plan to travel to his home state with President Donald Trump aboard Air Force One, a House Republican aide said.

The 66-year-old Gohmert, one of the House's most conservative and outspoken members, is often seen without a mask on. He tested positive at the White House and planned to isolate, according to the aide, who was not authorized to publicly discuss Gohmert's test result and spoke on condition of anonymity. It was not immediately clear where Gohmert went after he left the White House.

He is at least the 10th member of Congress known to have tested positive for the coronavirus.

The congressman's positive test raised further questions about the lack of mask and testing requirements in the Capitol as members frequently fly back and forth from their hometowns and gather for votes, hearings and news conferences.

An eight-term lawmaker, Gohmert participated in the House Judiciary Committee hearing Tuesday where Attorney General William Barr testified. Before the hearing, Gohmert was seen approaching the meeting room a few feet behind Barr, with neither man wearing a mask.

Gohmert also voted on the House floor Tuesday and attended in a House Natural Resources Committee hearing, where a staff member could be seen sitting close behind him on the dais as he talked without a mask.

Mask-wearing is strongly encouraged but not enforced for lawmakers in the Capitol, while other workers and law enforcement officers are required to have on masks. There is no required testing, and lawmakers, reporters and staff often ignore health authorities' advice to stay several feet apart.

House Speaker Nancy Pelosi, D-Calif., has tried to encourage mask use, and committees have rules requiring the wearing of face coverings in hearing rooms. But there's no mandate for lawmakers to wear masks in hallways or while voting on the floor, and no mechanism for enforcement. Thus, some members of Congress -- usually a handful of Republicans -- often walk around the Capitol complex without wearing a mask.

Senate Majority Leader Mitch McConnell, R-Ky., has also pushed the use of masks, and most senators have worn them. But a few have refused, including Kentucky Sen. Rand Paul, a doctor who has said it's unnecessary because he previously tested positive for the virus. There is no proven science saying that a person cannot get the virus again.

After Gohmert tested positive, Justice Department spokeswoman Kerri Kupec said Barr would be tested Wednesday. Gohmert did not wear a mask while questioning Barr, but the seats in the hearing room are spaced many feet away from each other and it is common practice to remove masks during questioning.

Lawmakers rotated in and out of the seats on the dais as the hearing went on, and Rep. Matt Gaetz, R-Fla., sat in the same seat Gohmert had used during his later round of questioning. It's unclear whether the seats are wiped down between members.

During the hearing with Barr, the committee chairman, Rep. Jerrold Nadler, D-N.Y., chastised some of Gohmert's GOP colleagues for not wearing masks when they weren't speaking. Nadler did not call out Gohmert by name.

In a tweet Wednesday, Nadler said: "When individuals refuse to take the necessary precautions it puts everyone at risk. I've regularly instructed all members to wear their masks and hope this is a lesson by all my colleagues."

"It's not a joke, not a conspiracy theory, not a game," Jayapal said. "It's serious--it's public health & science. By refusing to consistently wear a mask, Rep. Gohmert & other Republican colleagues have not only put us in harm's way but our staff, families, Capitol workers too."

Sen. Lamar Alexander, chairman of the Senate Health, Education, Labor and Pensions Committee, has long called for more testing for lawmakers. Alexander, R-Tenn., reiterated Wednesday that he had pushed McConnell on the issue.

In agreement was GOP Sen. Lindsey Graham, chairman of the Senate Judiciary Committee.

"Lamar is right about this," Graham said. "You know we're traveling back and forth a lot. It's probably smart to be tested more than we are, but a lot of people can't get tested out there so they just need to provide more testing capability, outside of Washington."