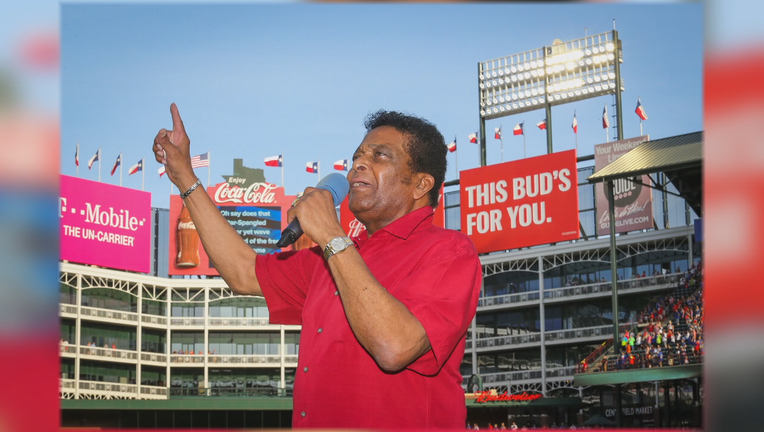 The team created a 10-week fellowship program for undergraduate juniors and seniors.

It will give the participants a feel for working in a Major League Baseball office, from the front office, to advertising and marketing, to baseball operations.

Pride's wife, Rozene, along with friends and country music stars Garth Brooks, Larry Gatlin, and Neal McCoy, joined the announcement on Thursday, which would have been Pride's 87th birthday.

"Charley embodied love, kindness, inclusion. One of my favorite quotes Charley would always say is, there's enough room for everybody in country music. If he was with us today, he would say there's enough room for everybody in Major League Baseball," said Ray Casas, director of community impact for the Rangers. "Today we continue to listen, continue to get better, and thanks to this program, Mr. Pride’s legacy will live on impacting young people, opportunities that will help this community, MLB, and this country."

"Anytime you level the playing field, and then once it's level, those two people, whatever color skin, whatever gender, whatever their belief is, when they compete against each other, it's fair competition," Garth Brooks added.

The Texas Rangers Foundation already named a field after Pride at their spring training facility.

Pride was a Rangers fan and even bought a share of the team in 2010.

He also pitched professionally in the Negro League and minor leagues in the 1950s before his legendary music career.