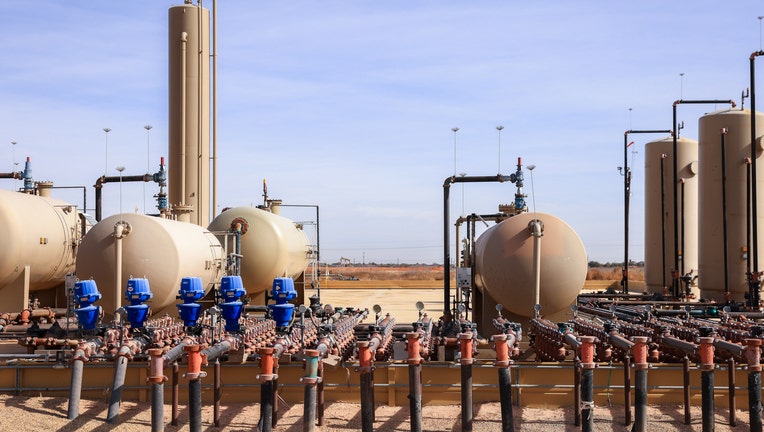 AUSTIN, Texas - During Texas’ first strong cold front of the winter this past weekend, natural gas production in the state’s top energy-producing region dropped by about 25%, according to a report from S&P Global. And while the lights largely stayed on across the state, the gas system’s performance during a brief cold snap raised more questions about the grid’s ability to handle extreme winter weather.

A number of natural gas companies reported to the Texas Commission on Environmental Quality that they had to unexpectedly flare off gas last weekend because their equipment froze.

Meanwhile, the Railroad Commission, which regulates the oil and gas industry, said it didn’t know anything about the sudden drop in gas production. An agency spokesperson said the commission is "currently evaluating available data on natural gas production during the weekend of Jan. 1 and 2."

Natural gas fuels a majority of power generation in Texas, and some power generators reported disruptions to their gas supply — but they said it was not enough to impact generators’ ability to produce electricity. Gov. Greg Abbott said the state’s main power grid operator was prepared with extra power supply online.

The Electric Reliability Council of Texas, the grid operator, said there were no significant power outages around the state.

But the disruptions to the natural gas supply during a typical Texas cold front calls into question whether the state’s gas companies are ready for extreme winter weather, a concern energy experts and power company executives have expressed in recent months after lawmakers didn’t require gas companies to immediately prepare their equipment for extreme cold.

"I think it means the gas system’s not ready for another cold snap," said Michael Webber, an energy resources professor at the University of Texas at Austin. "It wasn’t even really cold. It was cold, but nothing close to Winter Storm Uri [in February]."

Temperatures dropped into the upper teens during the weekend in Midland and remained below freezing there for about 12 hours.

Power plants are regulated by ERCOT and the Public Utility Commission of Texas, which oversees ERCOT, and operate by different rules that the PUC implemented last fall requiring power plants to fix "acute" issues from last February’s disaster. The rules were based on recommendations that were made — but never acted upon — a decade ago by experts and federal regulators after a 2011 storm caused widespread rolling power outages.

The gas industry has argued that their facilities will operate as long as their power is not cut off — which is what happened during last February’s storm when widespread freezing temperatures and skyrocketing demand increased strain on the grid. Utilities were ordered by ERCOT to preemptively cut power to homes and businesses to avoid a total collapse.

But that, in some cases, shut off the fuel supply for power plants due to paperwork errors.

The Railroad Commission recently finalized a new rule that will ensure gas producers likely won’t get their electricity cut off during a future "energy emergency" such as a winter storm. But the agency has not yet crafted weatherization rules for the industry.

"Keeping the power on is the best winterization tool we have," Todd Staples, president of the Texas Oil and Gas Association, said in December.

Staples and oil and gas producers said they did not make significant upgrades to the way they prepare their infrastructure for the cold — a process called weatherization — after last February’s storm. They said they have been preparing their sites for cold weather for years.

But this weekend, at least seven gas companies said their equipment froze even though their power remained on, and as a result they had to vent or flare gas. They are required to notify regulators when they emit more carbon emissions than their permitted amount.

"Venting of inlet gas is occurring at Saxon Booster Station due to frozen lines causing the shut down of the compressor," WTG South Permian Midstream LLC reported to the Texas Commission on Environmental Quality.

"During a freezing event, the drain line from the VRU’s froze and caused gas to be vented," read another filing to the TCEQ by Pioneer Natural Resources, a top energy company working in the Permian Basin, referring to vapor recovery units.

The Bloomberg report said 1 billion cubic feet of gas was burned or wasted due to weather-related shutdowns over the weekend.

Staples said this week that when the weather fluctuates there can be some changes in production.

"As we have consistently stated, some variation in production occurs with sudden temperature changes – these are field operations, not controlled factory settings," Staples said in a written statement. "Typical fluctuations are expected and all reports we have seen seem to be within expected operating ranges when looking at the largest gas producing state in the nation."

But power generators were quick to criticize the natural gas industry for the drop in production.

"@TXOGA claim that they produce as long as power is on isn’t all true," the Texas Competitive Power Association said on Twitter in response to the S&P report. "Gas needs commensurate winterization requirements to those required of generators."

How to prepare for Texas' next big winter storm