Teen arrested for shooting at Timberview High School that injured 4

A suspect is in custody for a school shooting that left four people hurt at Timberview High School in Arlington on Wednesday morning.

ARLINGTON, Texas - Leaders across the state have shared their thoughts after the shooting at Timberview High School in Arlington Wednesday morning that left four people injured.

The suspected gunman, 18-year-old Timothy George Simpkins, turned himself in Wednesday afternoon with his attorney.

"As law enforcement continues their investigation, our hearts go out to the victims of this senseless act of violence. Thank you to the law enforcement officers and first responders who arrived on the scene to help the victims and prevent further violence. I have spoken with the Mayor of Arlington and offered any assistance the state can provide, and I have directed the Texas Department of Public Safety to make state resources available to help bring the criminal to justice. I ask all Texans to join Cecilia and me in praying for the victims, their families, and the entire Timberview High School community." 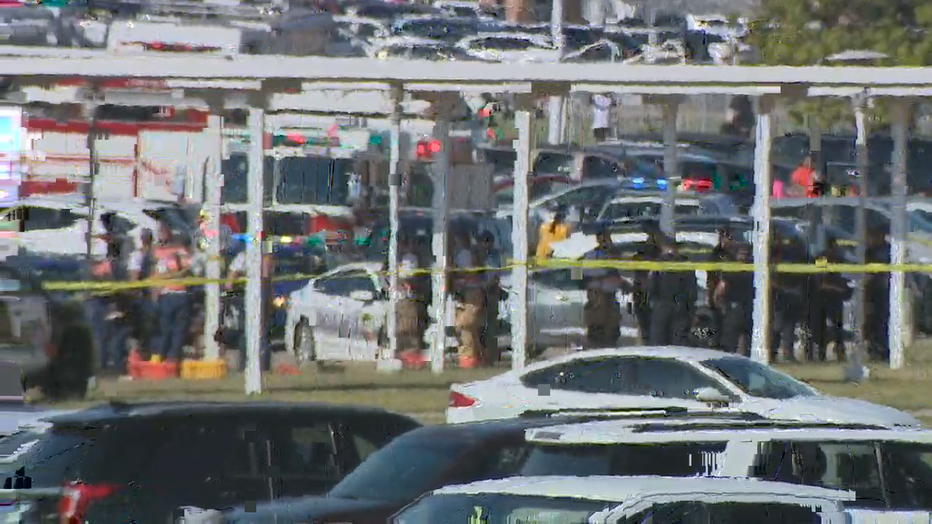 Tarrant County Judge Glen Whitley said his prayers are with students, staff, and parents "as they seek to understand and heal from this painful event." He also thanked first responders.

U.S. Senator Ted Cruz mentioned the shooting at a press conference about border security. Cruz said he and other lawmakers were sending their prayers.

State Representative Chris Turner (D-Grand Prairie), whose district includes Timberview High School, released a statement about the "shocking tragedy," in which he asked for prayers for the four victims.