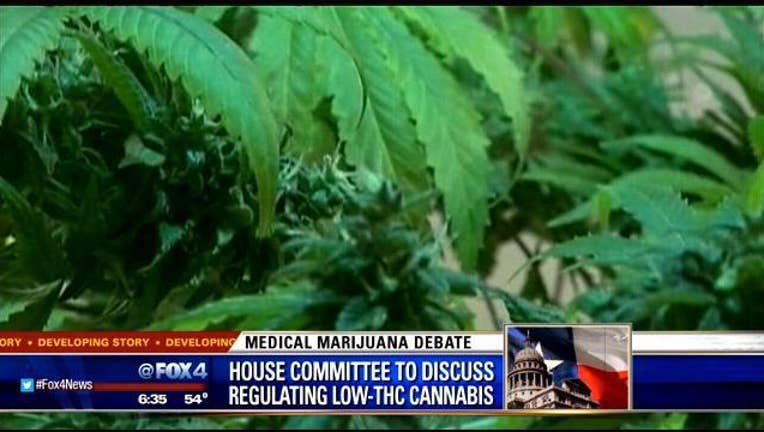 Members of the Texas Legislature have begun debating the use of medical marijuana.

The Texas Compassionate Use Act would legalize marijuana for medical purposes, but not recreational use. It would also come with tough restrictions.

The bill sponsored by State Rep. Stephanie Klick (R, Fort Worth) only allows patients to use the oil from the cannabis plant. It is mixed with coconut or olive oil and then placed under the tongue or cheek.

The THC is delivered in a low dose and is not smoked, so there's no high. There's also little to no potential for abuse.

But current research suggests it can help children with epilepsy, especially those diagnosed specifically with so-called "intractable epilepsy."

Opponents argue that more testing needs to be done on the medical benefits. Conservative lawmakers also don't want to give the appearance that they are proponents of weed.

Still others say the bill is actually too narrow, leaving out patients with illnesses such as cancer.

Part of the bill would also regulate who can be licensed to dispense the oil.