DALLAS - The state of Texas just launched a first-of-it-kind program where officers are trained to provide anonymous support to other officers for the trauma they face every day.

"We've witnessed too many times the toll it can have on an officer's career. Not just on the officers themselves, but on their families and homes lives," said State Senator Royce West (D-Dallas), who co-sponsored the bill that created the program. 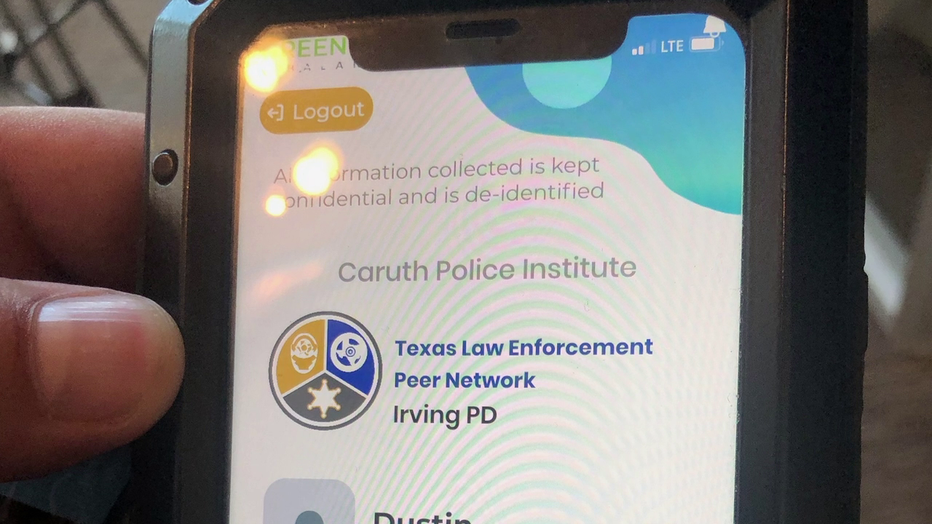 Between 2017 and 2021, 98 percent of first responders suicides in Texas were police officers.

"That's a problem. That's part of what is driving this need," said Dustin Schellenger, the state director of the Texas Law Enforcement Peer Network.

Before the legislature created this program more than 70 percent of the state's law enforcement had no peer counseling.

300 officers have been trained in the special counseling so far.

Officers can use an app to connect with another officer as far as 500 miles away.

The Dallas police chief is lending support to a program offering officers protection against a problem rarely talked about -- suicide. Good Day got more information from Dustin Schellenger, the state director of the Texas Law Enforcement Peer Network. Chief Eddie Garcia and others across the state will get an update from the organization Thursday..

Hundreds have signed up for the app since April, 46 of them have sought help with their struggles.

"It's amazing because it gives officers the ability to be completely anonymous and to reach out for help and have discussions they may not normally have the ability to have," said Schellenger.

Dallas Police chief Eddie Garcia says he has seen the toll that events like the July 7, 2016 attack that killed four Dallas officers and a DART officer in Downtown Dallas.

"This is one of the most important things in law enforcement that I have seen," Garcia said. "It is a true culture change from how we did not practice policing many years ago."