The union that represents Fort Worth police officers took a significant step toward supporting their mental health. And just weeks into the program, one officer is highlighting how it’s helping him.

FORT WORTH, Texas - The union that represents Fort Worth police officers launched a program earlier this month to support their mental health.

Any officers on the force can now receive personal counseling anonymously and free of charge.

"I was dealing with some of the most traumatic events that anybody could have to deal with," he said. "Kids and the elderly for me personally have been the harder ones to deal with."

Robins has been to many calls that have been mentally tough to witness.

"The 3-year-old with their head blown off by a shotgun. The dad who decides to kill his sister-in-law and then his 7-year-old daughter and then go into a bedroom and shoot his infant in the crib in the back." 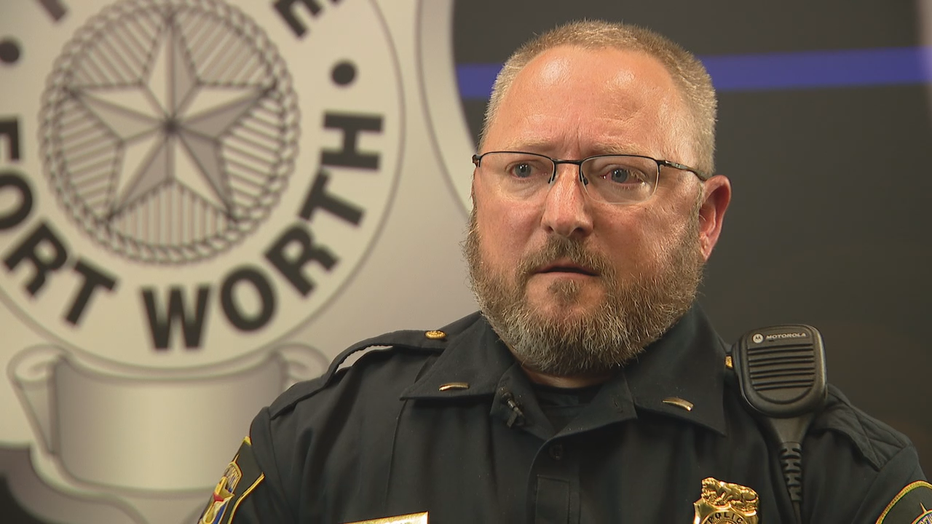 Robinson was for a number of years a commander over violent crimes.

"You get used to compartmentalizing everything, just tucking it back away in your head because you know that the next hour, the next day, another call is coming in. And you’re gonna have to go out and deal with it," he said.

Add to that a personal tragedy.

Robinson’s father committed suicide in February 2020. He drove from Arlington to Fort Worth and shot himself.  Robinson believes his father wanted Fort Worth detectives to respond so they would discreetly notify him.

The same year, Robinson’s mother died from a stroke.  He says he did not fully confront his grief until a year later when a suspect also committed suicide during a foot chase.

"As I was sitting there reviewing all of the body camera videos and dashcam video. All I could see was my own dad," he recalled. "And that was basically my trigger event, my breaking point. I started having issues with anxiety, and it started getting worse and worse to the point where I realized I needed some help."

Robinson began counseling and other therapies known for helping military veterans battling post-traumatic stress disorder through Fort Worth PD resources. He is now on a crusade to encourage fellow officers and first responders.

"Until some of us are willing to step up and do what I’m trying to do now, we will never be able to remove the stigma associated with mental health," he said. "There are several things that you know always will be an image in my head that I’ll never be able to remove. I can’t say that that’s no longer a part of my life, but I can say that I now have a lot better way of coping with it and dealing with it and being able to move forward."

If you or a loved one is feeling distressed, call the National Suicide Prevention Lifeline. The crisis center provides free and confidential emotional support 24 hours a day, 7 days a week to civilians and veterans. Call the National Suicide Prevention Lifeline at 1-800-273-8255 (1-888-628-9495 for Spanish), or text HOME to 741-741 (Crisis Text Line)