With less than a week to go before election day, a new poll from the University of Texas at Tyler shows Gov. Greg Abbott is maintaining his lead among likely voters by 6 points.

FORT WORTH, Texas - Gov. Greg Abbott will be campaigning in North Texas Tuesday morning. The latest polls show he may not need to fight too hard to keep his job.

Abbott will spend the morning with supporters at Café Republic in Fort Worth.

With less than a week to go before election day, a new poll from the University of Texas at Tyler shows he is maintaining his lead among likely voters by 6 points.

He is ahead of Democratic challenger Beto O’Rourke 50 to 44%. 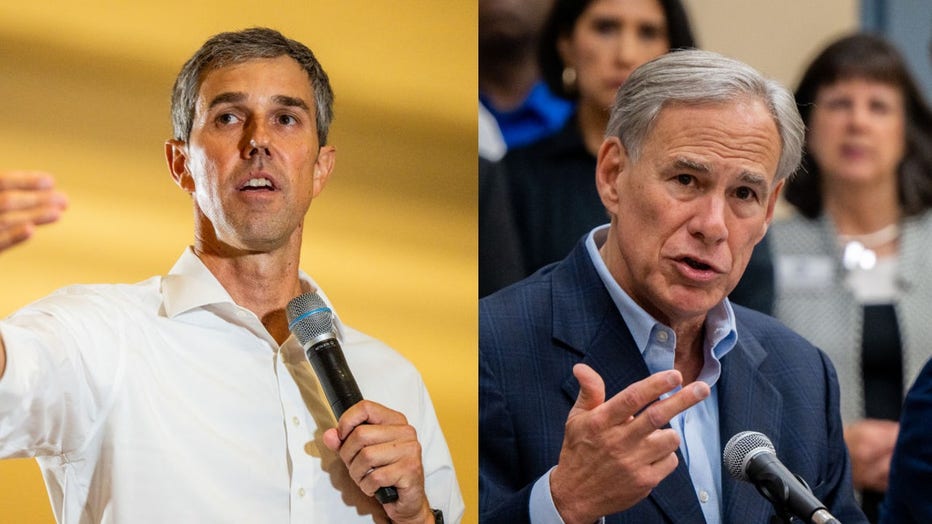 When does early voting end in Texas? And other frequently asked election questions

Just over 17% of registered voters cast their ballot during the first week of early voting. Turnout was nearly 26% during the same timeframe in 2018 and 2020.

Of course, there were presidential and senatorial races on the ballots for those elections.

"In 2018, you had the Beto mania phenomenon. Beto O’Rourke was this fresh new exciting face introducing himself. He had a very active following. That drove a lot of people to the polls. You don't have that this time around. The bloom is off the rose of the Beto candidacy in a lot of respects. There's not as much energy and enthusiasm this time around as we did in 2018. We just don't have the high-intensity race to drive turnout like we saw the last two cycles," Wilson said.

We're now one week from election day when Texans will be asked to vote on the state's three top leaders. Patrick Svitek, the primary political correspondent for the Texas Tribune, gives Good Day a guide to the governor, lieutenant governor and attorney general races.

O’Rourke will be campaigning in Dallas Thursday during a rally at Sue Ellen’s Nightclub.

After Abbott’s event in Fort Worth Tuesday morning, he will head to Amarillo and El Paso.