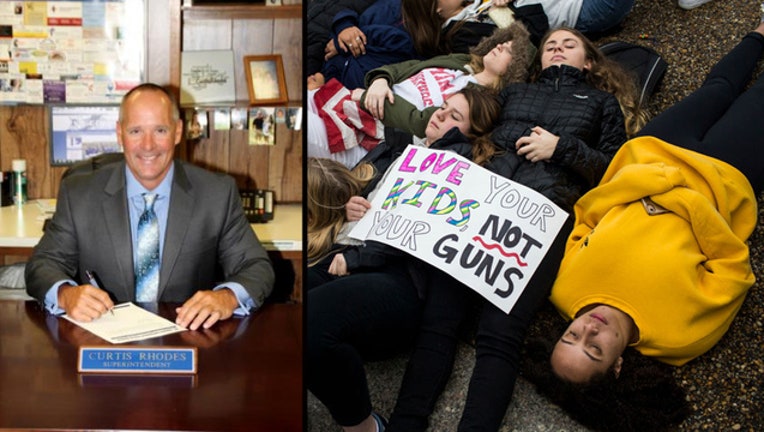 NEEDVILLE, Texas (AP) - A Houston-area school district is threatening to suspend students who disrupt classes or walk out to protest current gun laws.

Rhodes says the district is sensitive to school violence, but is focused on education and not political protests.

Student organizers in Florida are planning a march in Washington next month to demand stricter gun legislation. Students are also organizing a national school walkout April 20, the anniversary of the 1999 Columbine shooting.