Democrats are asking the Biden administration to make it easier for Texas women to still have access to abortions.

DALLAS - One of the topics discussed at this weekend's state Democratic convention in Dallas is the overturning of Roe v. Wade last month.

Democrats are asking the Biden administration to make it easier for Texas women to still have access to abortions.

Texas Democrats, along with abortion providers, are urging the Biden administration to protect Texans’ access to abortion care, whether that be traveling out of state or allowing abortion medication to be prescribed by health care professionals and mailed into Texas from other states.

Some include declaring a public health emergency, protecting private providers who dispense abortion medication via telehealth.

Another strategy includes establishing a federal program for providers to dispense abortion medication.

The letter says that because the providers would be acting within a federal program, they would be immune to prosecution and civil liability.

Some lawmakers spoke about many women here in Texas who are not able to travel out of state for an abortion.

"President Biden can offer support, by making sure that you can see a healthcare provider. Call them by phone, talk to them by telehealth, and then have medication abortion sent to this state from a state where abortion is not banned," said Greg Casar, Democratic nominee for Texas Congressional District 35. 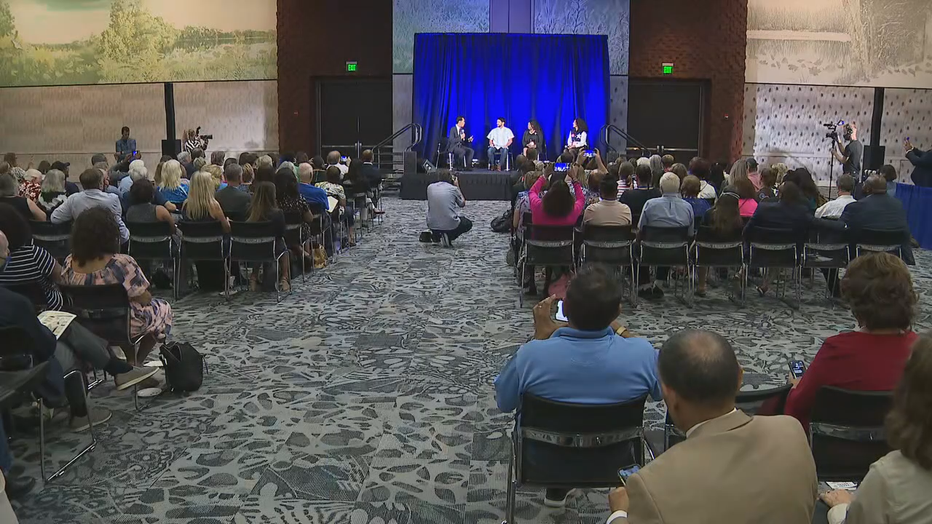 "It’s going to be very difficult to do. The access to abortion has been returned to the states, and states are deciding it in different ways," SMU professor Cal Jillson explained. "Some states will be open to women to traveling for services, and I think there will be states like Texas that will be largely closed."

The letter also asks for the federal government to take supremacy when it comes to Texas law banning the abortion medication.

Democrats said the abortion medication or pill is FDA approved, therefore, no state can prohibit its use.

Democrats added that these strategies are only a temporary solution.