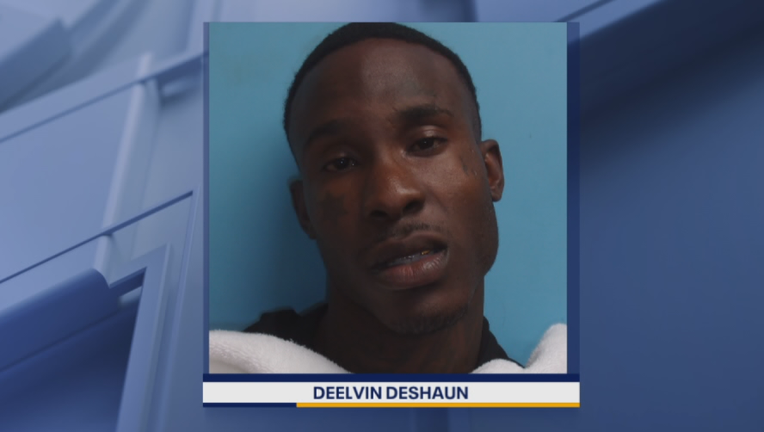 TERRELL, Texas - Police in Terrell, east of Dallas, made an arrest in a Tuesday shooting.

Deelvin Deshaun is charged with aggravated assault and was arrested about eight hours after the shooting, which took place in the 800 block of St. Luke.

Police say Deshaun confessed he shot a man Tuesday about 3 p.m. at the man’s residence.

The victim wrecked his bullet-riddled car in front of the Mount Moriah Baptist Church, then stopped someone to ask for help before collapsing.

That person was hospitalized and remains in critical condition, but he is expected to survive.

Police are investigating the motive for the shooting.