There was backlash during Tarrant County's public comment over COVID-19 and the extension of the current mask mandate.&nbsp;

FORT WORTH, Texas - During much of the COVID-19 pandemic, politics has been injected into public health.

That was clearly on display this week during Tarrant County's Commissioners' meeting.

There was backlash during Tarrant County's public comment over COVID-19 and the extension of the current mask mandate. 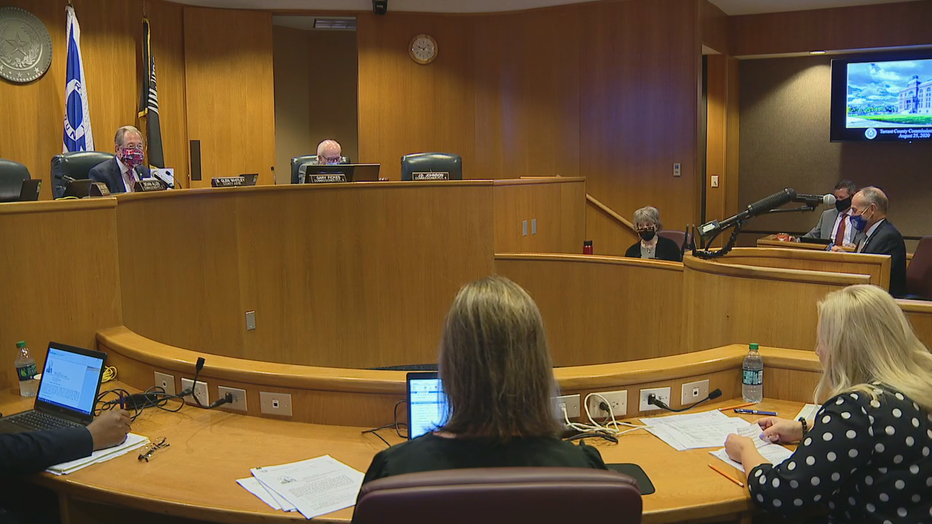 Much of it was aimed at Public Health Director Dr. Vinny Taneja.

“This man is giving you wicked counsel. He is not a doctor,” Jackson added.

Though the assaults on Dr. Taneja’s integrity wore thin.

“I’m going to say this, I’ve kept quiet. But I’m tired of you folks coming in and going after Mr. Taneja for doing what he believes is right and what a lot of other folks believe is right,” Tarrant County Judge Glen Whitley said during Tuesday’s meeting. “Don’t blame him, if you want to blame somebody, look at me and blame me, but don’t call into question his integrity.”

Judge Whitley said the decision to extend the mask mandate to November 30 is based on a balance of science and community impact.

“It just seemed like speaker after speaker was questioning whether Vinny was just up there lying to people,” Whitley said.

“It is a little disappointing when misinformation gets hold, when all we need is the simple fact that wearing a mask is helping and we are seeing that in our data,” Dr. Taneja explained.

Whitley added that there’s evidence precautions, including face coverings, are working, despite the debate that involves more than science.

“It’s obvious this is not a pandemic at all, but a planned Demic, rehearsed ever so thoroughly by Bill Gates and his cronies at the event 201. Look it up. And it is being dragged out by the Democrats to keep Trump from being re-elected,” Tarrant County resident Wendy Martin said.

“What should never have been a political issue has become one. That is very unfortunate,” Whitley added.