FORT WORTH, Texas - Tarrant county’s top elected official says he’s frustrated about an event underway at the convention center in Downtown Fort Worth.

The county judge says he has concerns about several hundred people gathered together during a pandemic. Many of them do not appear to be wearing masks or distancing.

Public officials say they couldn’t put restrictions in place because the event is religious and is protected under the governor’s order.

It’s the first event at the Fort Worth Convention Center since March. 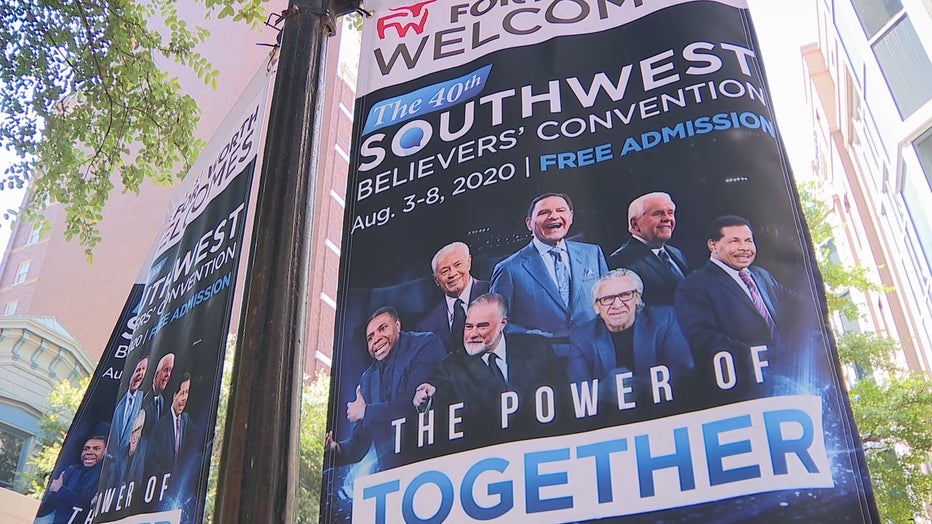 Geri Alexander traveled from her home just outside Chicago. She says while she did have concerns, she felt comfortable attending the Southwest Believers’ Convention.

“We’re actually socially distancing in the auditorium, wearing our masks, hand sanitizer, so everything is put together very nice,” she said.

Under the governor’s executive orders, city and county officials say there wasn’t much they could do to restrict the event since it’s religious in nature.

“We have been told to stay away from religious events for any restrictions whatsoever. Maybe, I just don’t understand the difference,” Judge Whitley said. “I understand church, and I understand state. But I really believe that when our forefathers put that in the constitution, it was not there to keep someone from saying what we’re going to do to protect the health of the community.”

Attendees say organizers instructed people to wear masks and distance themselves. The camera feed broadcasting the event suggests that wasn’t — at times — strictly adhered to.

“Our instructions said to wear masks, so we’re going to honor what Brother Copeland said to do so,” said attendee Rhoni McClennahan. “I can’t speak to why some of them aren’t, but I know we are doing what we’re supposed to do.”

McClennahan has attended for 15 straight years and says the virus wasn’t enough to snap the streak.

“The teaching that I get here feeds my spirit and sets me up for victory for all the rest of the year,” she said.

FOX 4 reached out to Kenneth Copeland Ministries for comment but did not hear back.

A city spokesperson says the convention staff did work with event organizers on making sure safety protocols were in place.