The decision pivots around Judge Alex Kim, a conservative juvenile court judge, whose supporters see this as a move to strip him of the job voters elected him to do.

The order issued Thursday afternoon by the district judges ended a decades-long practice of original CPS cases going through juvenile court, which has been Judge Kim's court for the past year.

Instead, the cases will now be handled by rotation in six courtrooms at the Tarrant County family court house.

“People are here because they are vested, part of process,” Judge Kim said.

Judge Kim was greeted by dozens of supporters as he entered the court room, where 27 district judges met to decide whether the juvenile court would continue to receive CPS cases. 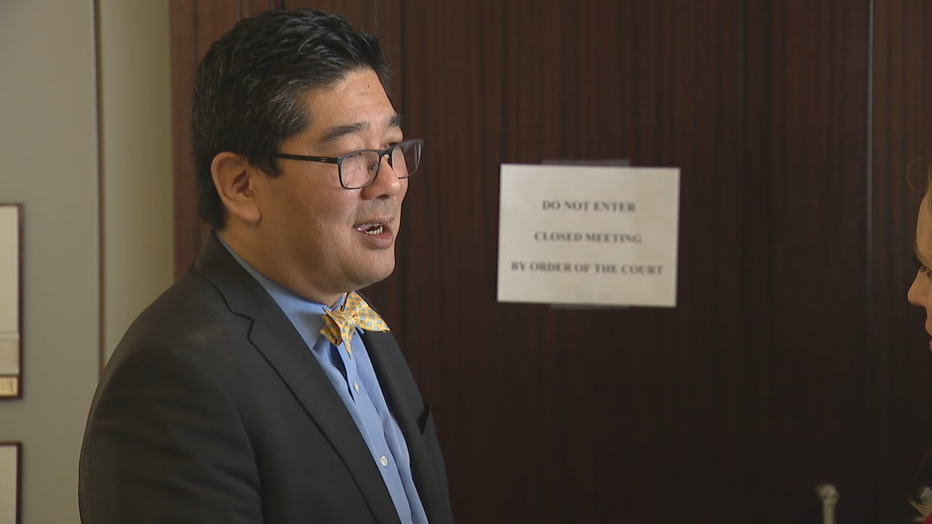 The judge's supporters were frustrated that the vote would happen behind closed doors.

“That was a decision of the chair of the board, that was his decision. I don't think there is anything illegal, per se, about it,” Kim added.

While Thursday's move is about a process, it is difficult to separate the process from the person.

Kim has been in the spotlight recently for ruling in favor of the family of baby Tinslee Lewis.

Her family has fought to prevent Cook Children's Medical Center from removing the child from life support, despite what the hospital describes as an irreversible condition that is causing her to suffer.

Judge Kim was recused after concerns were raised about his ability to be impartial in the case.

Auclair said she appreciates that he does not always go along with a CPS recommendation.

But it wasn't only supporters in attendance on Thursday.

Court appointed child advocates have raised concerns that Judge Kim is not appointing them to enough cases to look out for children's interests.

A Tarrant County CPS board member, who spoke for himself, said those court-appointed advocates play an important role.

“CPS worker may have six children removed to five homes. Advocate can help check on children, make sure they’re okay, and because CPS has such a large case load, help them out,” Juan Daniel Garcia explained.

Judge Kim did not want to talk about why he has appointed fewer CASA advocates to cases, but he did respond to a question about CPS criticisms.

[REPORTER: “Apparently, CPS has expressed concern that you don't always rule in their favor.”]

“No matter what decision a judge makes, there is always one unhappy person. Judges have that unenviable role deciding between parties. All depends on the facts,” Kim responded.

After the decision to move CPS cases to family court, Judge Kim had this to say.

“When there is disappointment, you can't be disappointed that government is working the way it is supposed to work. No disappointment in that,” he said.

The district clerk over the family court said he does not believe the additional cases will create any sort of backlog, since there are six courtrooms in which to distribute cases.