TAFB says they are struggling right now. Fewer donations over the last two months have depleted their food supply. And it’s not just one product. It’s all of them.

Shelves in its warehouses are bare, and it's giving people who need food less food.

TAFB says they are struggling right now. Fewer donations over the last two months have depleted their food supply. And it’s not just one product. It’s all of them.

With inflation at a 41-year-high, many are trying everything they can to stretch a dollar.

That includes the 170 retail partners like grocery stores that normally donate food daily to the Tarrant Area Food Bank.

"They’re hanging onto their product a little bit longer than they normally would to keep their shelves full," said TAFB President Julie Butner.

Retail partners typically provide the vast majority of the food for the TAFB. And over the last two months, the food bank has seen nearly a quarter of its food donations from retailers disappear. 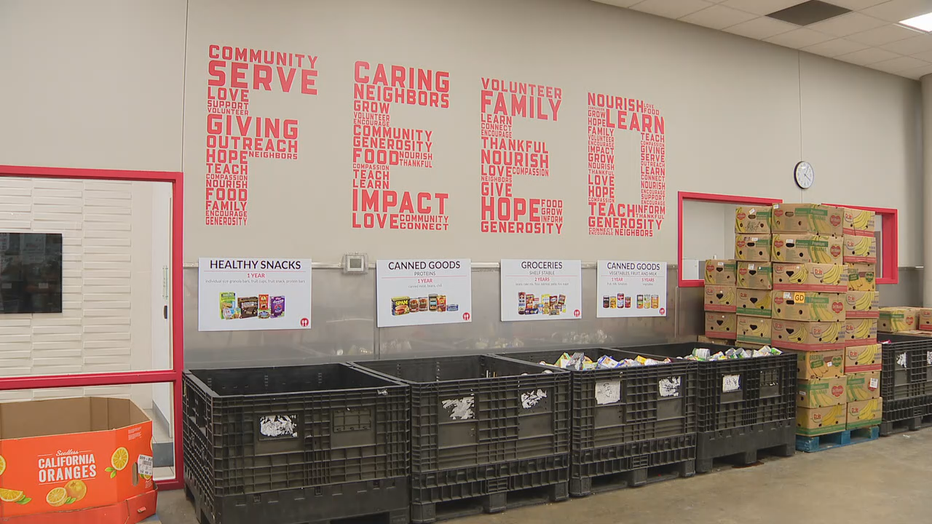 Butner calls it a perfect storm of a shortage of funding and donations along with ongoing supply chain issues.

"I talked to our food industry partners, and they’re having the same issues where they are not able to get certain products that they’re used to carrying on their shelves," she said.

And for the families who rely on the food bank, it means they’re taking home less food.

To make matters worse, demand for food is just as high as it was during the peak of the pandemic last year. And rising gas prices are making it harder to keep their 18-wheelers full of deliveries fueled up.

Butner says they’ve had to tap into their rainy day fund to try to keep up.

"We budget to spend some of our general funds on food purchases," she said. "Year to date, that number was 1.4, and we’ve spent already $4.5 million on food purchases, which is something we’ve never had to do in our history."

Butner says people can help by either donating food or volunteering.

"If you don't have the ability to provide funds but you have the ability to give time, please come give your time to us," she said. "We’re hoping it gets better in the winter. But right now, it’s hard to get product from our big retailers and we heavily depend on that."

Even with fewer donations, the food bank is still adding more events because of that high demand.

This Thursday, they are holding a giveaway at Dickie’s Arena ahead of Father’s Day called Dinner for Dads.