TABC eases requirements for bars to reopen as restaurants

The Texas Alcoholic Beverage Commission held an emergency meeting to remove obstacles that have kept many bars closed since June under the governor’s order to prevent the spread of COVID-19.

DALLAS - More bars in Texas will soon be able to reopen as restaurants.

The Texas Alcoholic Beverage Commission held an emergency meeting to remove obstacles that have kept many bars closed since June under the governor’s order to prevent the spread of COVID-19.

While some bars have been able to reorganize and meet state requirements to be considered a restaurant, many have stayed shuttered.

It’s the news they’ve have been waiting for, but it gives some people pause based on what they’ve seen so far. 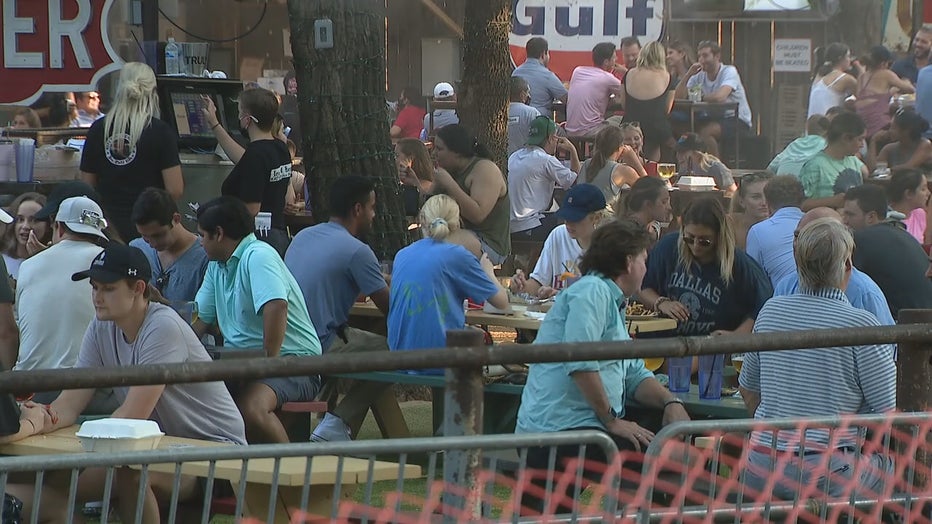 “This is going to be a great step that allows these businesses to continue operations,” said TABC Spokesman Chris Porter on Tuesday’s emergency meeting to make it easier for bars to qualify for a food and beverage certificate.

Many bars kept closed, and employees were left jobless during the pandemic.

“What we have done through this rule is essentially make it easier for bars to obtain food services,” Porter said. “Either partner with an outside business to prepare food on the premises or they can have another source of food as long as it meets the criteria outlined in the rule.”

Michael Klein, president of the Texas Bar and Nightclub Alliance, was frustrated until Tuesday with the unfair playing field.

“It was becoming pretty unjust that if you had the means or the political power to be able to qualify, but the guy in Longview, Texas, who didn’t have as much access was being denied,” Klein said.

The state is giving new hope to businesses that have really suffered during the pandemic shutdown -- bars. Dr. Emily Knight of the Texas Restaurant Association joins Good Day to talk about new rules that allow bars to reopen as restaurants, either preparing food on site or bringing it in from other establishments.

But the news is met with some hesitation for those witnessing what’s unfolded at some establishments already back open.

Longtime Deep Ellum resident Veronica Young says there was a packed crowd over the weekend at Bottled Blonde which reopened late July as a restaurant.  She says she wants bars to reopen but safely.

“I saw maybe two or three people wearing a mask. Nobody was social distancing,” Young said. “For me, it just felt like these are big numbers and this is now basically at my door. For me, it was very scary to think what would be the result of all of that.”

The TABC says it’s investigating. A manager for Bottled Blonde said on Friday that photos and videos can be extremely misleading.

“These businesses who make the change, they can expect to see TABC on their premises in the near future,” Porter said.

Chef Tim Love: We need to make sure bars are opening safely

The Texas Alcoholic Beverage Commission is making it easier for bars to reopen as restaurants. Fort Worth chef and restaurant owner Tim Love believes that's good news for owners and employees but he's not so sure it's a good thing. More: cheftimlove.com/restaurants