Bottled Blonde, a bar that had to shut down due the pandemic, recently reopened after getting a permit to operate as a restaurant.

DALLAS - The Texas Alcoholic Beverage Commission says it has an ongoing investigation into a Deep Ellum restaurant.

Bottled Blonde, a bar that had to shut down due the pandemic, recently reopened after getting a permit to operate as a restaurant.

But multiple posts on social media appear to show it's still operating mostly like a bar.

The TABC confirmed to FOX4 that it plans to conduct inspections in the coming days.

Bottled Blonde opened a few years ago. TABC records show it was approved to operate as a restaurant on July 28.

It's now calling itself a pizzeria. 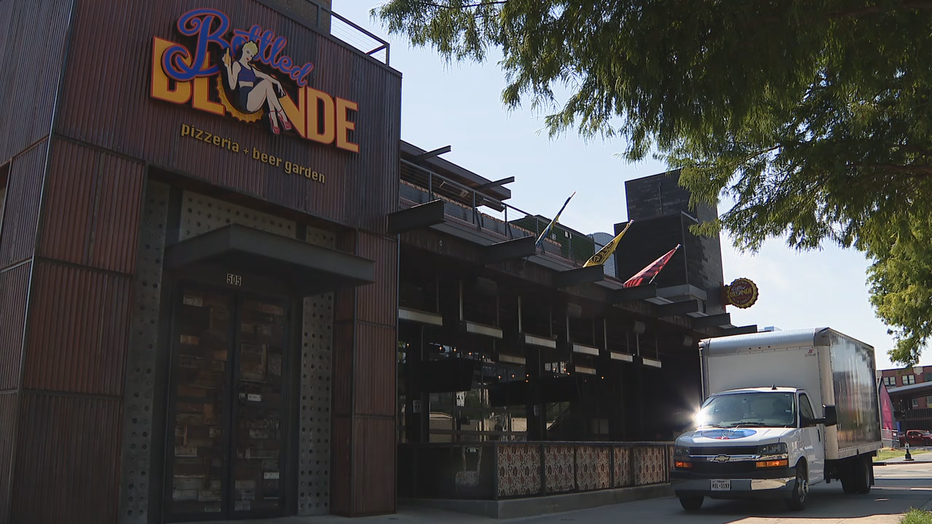 FOX4 contacted the company about some of the social media posts that appear to show large crowds, and it said they can be misleading.

A series of images and videos were posted by different users Thursday night, although it’s unclear when they were taken or recorded.

Some of the images were shown to Emily Knight, who’s with the Texas Restaurant Association.

“It’s infuriating,” Knight said. “We are at a time where we could get more capacity in the coming weeks as our positivity rate has dropped, but if these kind of things continue, it makes it difficult for everyone

An agency spokesperson said there’s an also ongoing investigation involving the location since earlier this year.

FOX4 sent some of the images to Bottled Blonde.

The establishment responded with its safety protocols, including recommending six-feet spacing and masks when people aren't eating or drinking.

A manager added that "photos and videos can be extremely misleading. You can take certain photos/videos from certain angles, which makes it hard to judge how much distance is between people and how much open space there actually is."

That doesn't explain photos and videos that clearly show people who are not wearing masks, even without food or drinks in front of them.

Knight said nearly every restaurant is doing the right thing, and she’s urging people to report places that are not.

“It’s never before been as important for the consumer and other organizations to police the entities around them because we can’t afford to have a few bad actors take us backwards,” she added.