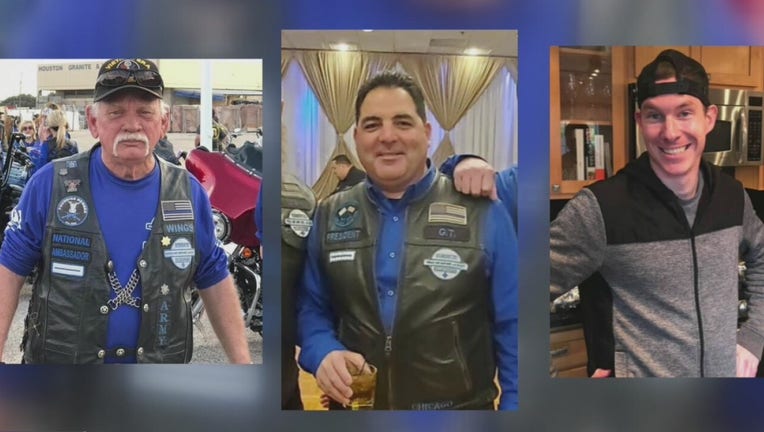 KERR COUNTY, Texas - The Texas Alcoholic Beverage Commission announced Thursday they have arrested and charged a store clerk with illegally selling alcohol to an intoxicated man.

According to a release, Ranelle Diane Welch turned herself into Kerr County authorities on Thursday afternoon following the TABC’s investigation.

A release stated that Welch was working at a Dollar General store in Center Point around noon on July 18 when she sold beer to Ivan Robles-Navejas, 28, of Center Point. Investigators believe that Robles-Navejas was already intoxicated when Welch sold him the alcohol.

A short time later, TABC said, Robles-Navejas was involved in a collision between his vehicle and members of the Thin Blue Line Motorcycle Club who were riding in a group on Texas 16.

A fourth rider, Sgt. Joseph Lazo, of the Niles, Illinois Police Department, died of his injuries a few days later.

"This is an extremely tragic case which may have been avoided if this individual was prevented from purchasing additional alcohol beverages prior to the crash," TABC Executive Director Bentley Nettles said. "TABC will hold accountable all businesses and employees who may have contributed to this case by illegally selling alcohol. We're grateful for the support of the Department of Public Safety, whose investigators were instrumental in assisting TABC agents in identifying the source of the alcohol in this case."

State law prohibits the sale of alcohol to any person who exhibits signs of intoxication at the time of sale.

Welch is charged with Sale to Certain Person, which is punishable by up to a year in jail and a $1,000 fine. She was later released on a $2,000 bond.