A convenience store manager will be okay thanks to Dallas SWAT officers who rescued him during a knife attack.

DALLAS - A Dallas police SWAT team used an explosive to get inside a gas station office and rescue a store manager being held hostage.

Just after midnight Wednesday, police said a man walked into the Chevron gas station near Interstate 20 and Westmoreland Road in far southwest Dallas. He allegedly jumped the counter and attacked the clerk with a knife.

The manager tried to help. Then the man turned on the manager and forced him into the store's back office.

The clerk and a customer were able to get away and call 911.

When SWAT officers arrived, they used cameras to look into the office and saw the man actively assaulting the manager.

Realizing the urgency, they detonated an explosive charge to blow the door open and get the manager to safety.

Paramedics took the manager to the hospital. He had cuts from the knife and bite marks on his face but is expected to be okay. 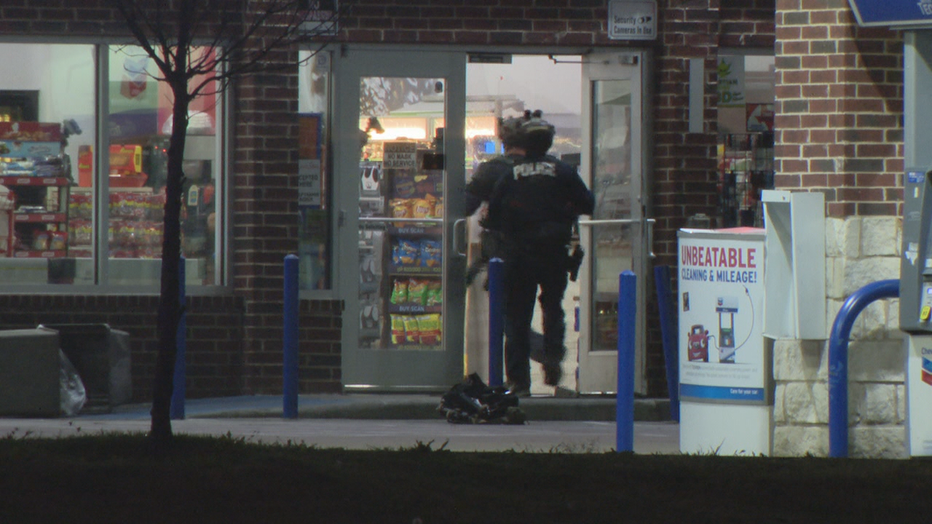 Employee Diamond Fisher was arriving at the store for her shift when she saw the scene outside.

"I saw a lot of police officers. I saw a lot of blood on my owner's shirt. And it was just a bad scene. Like, it was really bad," Fisher said. "I just was like, 'Why would someone do that to him?' He's a nice person. He doesn't bother anyone."

The attacker was arrested and taken to the hospital for minor injuries and a mental evaluation.

Police said they are still conducting interviews and will review the security video before filing charges.

The suspect’s name has not yet been released.