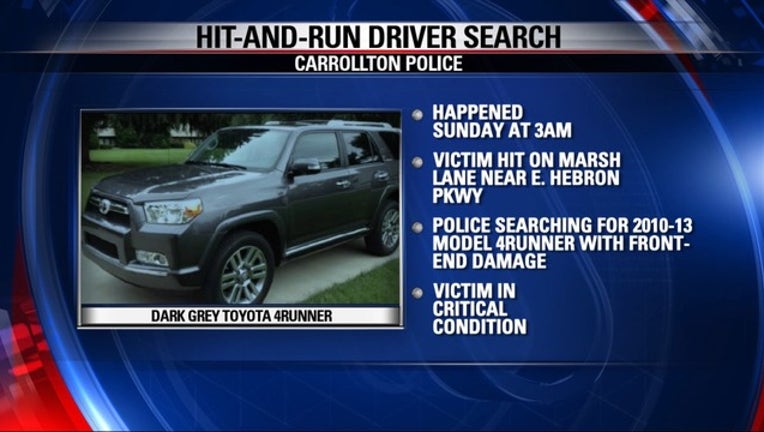 CARROLLTON, Texas - A driver is on the run after hitting and seriously injuring a pedestrian in Carrollton early Sunday morning.

Police found the victim in the middle of Marsh Lane around 3 a.m. They believe he was hit while crossing the road.

The vehicle that hit him is believed to be a dark gray, 2010 to 2013 Toyota 4-Runner SUV. It’s similar to the one seen in a photo police shared.

The SUV involved in the hit-and-run now has front-end damage. It is missing the silver Toyota logo from the front grill, police said.

Police ask anyone with information about it to call 972-466-3333 or email CrimeTips@CityofCarrollton.com. Body shops are also asked to be on the lookout for the vehicle.

The victim, a 25-year-old man, remains in critical condition.