SKY4 captured the end of a police chase through parts of Richardson and Carrollton, where a suspect was boxed in by marked and unmarked vehicles.

It's not yet known what led to the chase, which started just after 1:30 p.m.

SKY4 was over the scene as the driver of the vehicle, which had paper tags, fled from police, before being stopped near E. Crosby and Josey.

It appeared two people were in the vehicle and taken into custody. 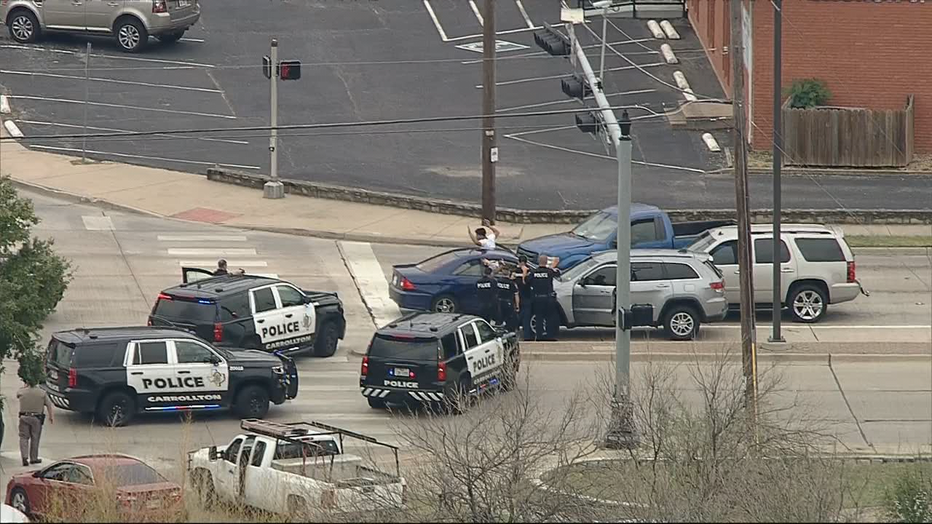