A new survey revealed the stories of people who struggled to keep medical equipment on and temperature-sensitive medicine safe, along with everything else Texans had to do to survive the storm.

While the February winter storm impacted nearly all Texans, it put people with disabilities in perhaps the most difficult spots.

A new survey revealed the stories of people who struggled to keep medical equipment on and temperature-sensitive medicine safe, along with everything else Texans had to do to survive the storm.

Others with hearing or visual impairments had difficulty just getting emergency information.

Just like for most families, the winter storm brought at least some memories worth hanging onto for the Wamsleys in North Richland Hills.

"Like most Texans, I think we were very excited to get some snow," Lindsey Wamsley said.

But Wamsley and her husband had other worries.

One of their children has a hearing condition and wears hearing aids, two others are immunocompromised, while 5-year-old Addie has leukemia.

Wamsley was worried not just about power and water, but also about access to the hospital.

"We thought through different scenarios of how would we get an ambulance here, I don't even know if that's possible -- should we try to shovel our street?" she said. "I mean, there were some very difficult things we had to process through and just keeping her life-saving medications at a right temperature." 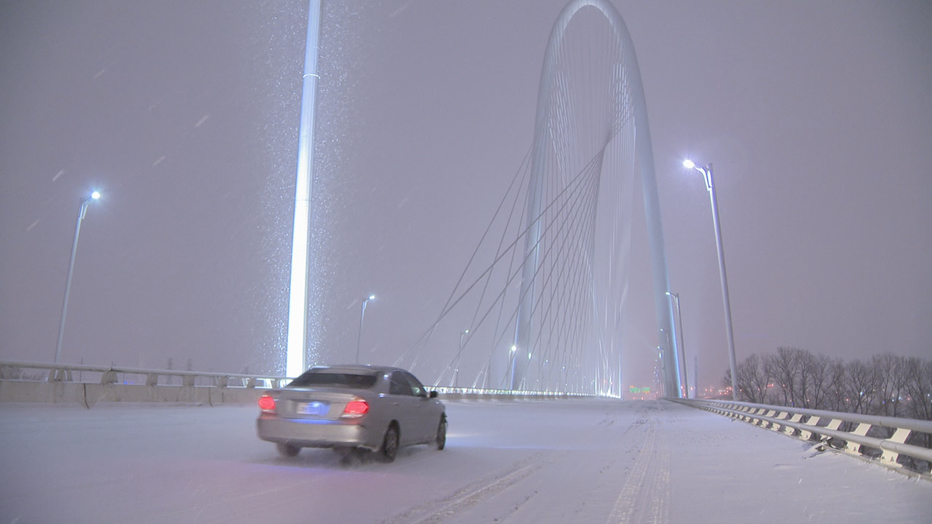 Wamsley is one of about 600 people who responded to a recent survey by Disability Rights Texas to gather information about how some of our most vulnerable Texans survived the storm.

The survey that published this week contains troubling accounts, including: "Without power, I cannot use my assisted breathing, [communicate] with outside world, no power to keep my bed or wheelchair working."

While another read: "We were [forced] to made difficult choices about which machines were most important to help keep our son alive knowing full well he needs all of them."

"It was tough to read it, and my heart goes out to those folks. Really tough to read it," said Sean Jackson, with Disability Rights Texas. "There are a lot of community lifelines and critical systems that they depend upon every day to live their lives, so when they’re cut off from that, it’s a major issue."

Among the key findings were that very few were signed up for a critical care registry through their electric provider.

It can offer certain notifications and protections during an emergency.

Most also weren't signed up with the state's emergency assistance registry, which provides information to emergency officials.

"It’s good that these things are there, but I’m not sure how effective they are, because it just isn’t enough behind them to make them be effective," Jackson said.

Texas lawmakers are still working on legislation in response to the storm.

People with disabilities, and their advocates, hope their voices are part of that process.

"These kids are very resilient and we’re used to kind of rising to the occasion and making things fun when they are really not so fun, but it’s a very challenging moment for these families," Wamsley said.