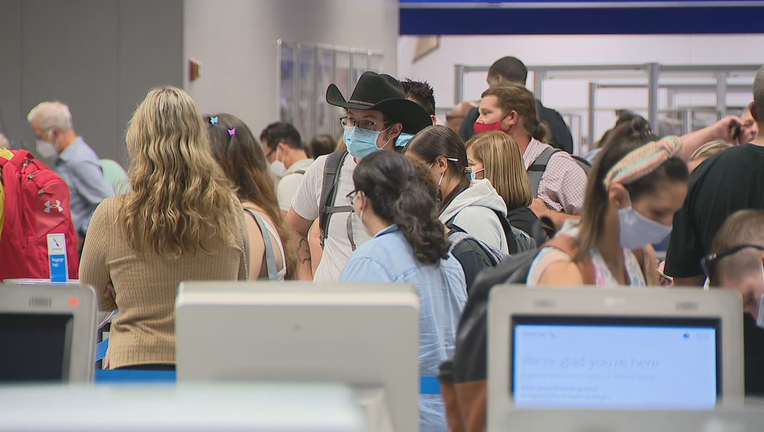 Thousands of American Airlines travelers were still stranded at DFW Airport on Monday after Sunday’s storms caused hundreds of flight delays and cancellations.

Flight Aware showed nearly 25 percent of all flights were canceled on Monday at the busy airport.

Some people were notified about the delays before arriving at the airport, but say they were surprised to find out they would have to wait even longer.

"I didn't even know it until I got here that I had another delay pushed back on it, so I'm moving further and further in the day trying to get out to my city so I can do my project," said passenger Michael Couts. "It is very frustrating."

According to flight aware, as of Monday afternoon, there were nearly 480 delays at DFW Airport and nearly 380 cancellations.