Ireland Supreme Court: Subway’s bread has too much sugar to qualify as bread

Bread served at Subway sandwich shops doesn't qualify as bread – at least, not in a way that would qualify it for an Irish tax exemption.

Ireland’s Supreme Court says the bread used in Subway locations throughout the country is loaded with so much sugar, it should not be considered a “staple food.”

The determination was made in response to an Irish Subway franchise owner who challenged the European nation’s value-added tax, according to a report from the Irish Times.

In Ireland, tax exemptions can be issued for essential food staples, which includes bread.

This exemption led Subway franchisee, Bookfinders Ltd., to seek a refund on the basis that the quick-service sandwich shop serves food on bread and therefore should be exempt from the 21% VAT tax when sandwiches aren’t eaten on its premises.

The five-judge court ruled that Subway’s bread contains more sugar than what is allowed for staple foods under the Value-Added Tax Act, 1972. The act has a stipulation that the total amount of sugars, fats and bread improvers cannot be more than 2 percent of the weight of flour used in order to be tax-exempt, which separates “staple” bread from pastries and other calorie-dense items that use bread.

Subway's bread reportedly has a sugar content that 10% of the weight of flour used, according to the judges’ ruling. This amount does not fit the “statutory definition of bread.”

"Subway’s bread is, of course, bread," a Subway spokesperson told Fox News. "We have been baking fresh bread in our restaurants for more than three decades and our guests return each day for sandwiches made on bread that smells as good as it tastes." 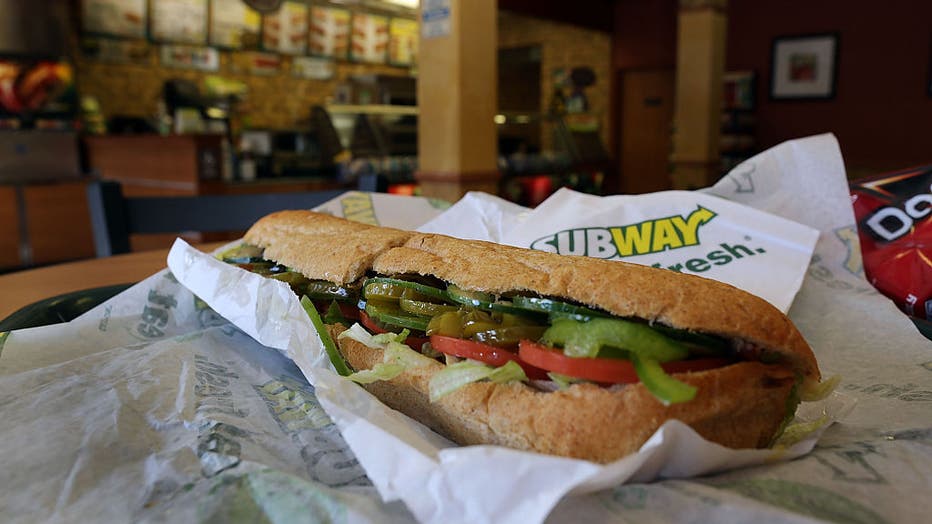 The Irish Supreme Court says the bread used in Subway sandwiches has too much sugar for VAT tax exemption. (Photo by Joe Raedle/Getty Images)

Subway restaurants in Ireland have six varieties of bread (excluding tortilla wraps), according to the company’s Irish website.

Calorie counts for the six breads are not listed on Subway’s “September 2020 United Kingdom & Ireland” nutrition facts list, which can be downloaded from its website.

For the sake of comparison, the U.S. has 13 bread varieties (excluding its 2 tortilla wraps) which range between 120 and 220 calories, 2 and 5 grams of sugar and 1 and 5 grams of total fat.