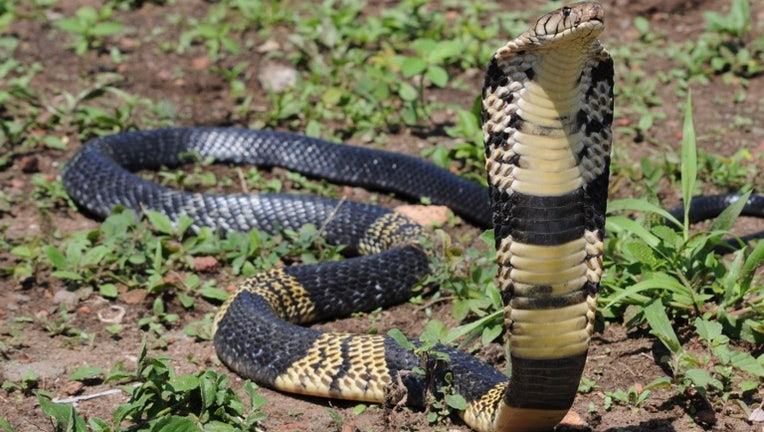 A photo of a similar West African Banded Cobra

GRAND PRAIRIE, Texas - A venomous cobra has still not been found more than a week after being reported missing from a Grand Prairie home.

Randall Kennedy, with Dallas Fort Worth Wildlife, said there have still not been any sightings of the West African Banded Cobra. It has been missing since August 3, from a home in the 1800 block of Cherry Street.

The owner, who did not give FOX 4 his full name, said he was constructing an in-home enclosure for the female cobra, when he had a mishap. There was no lock on the cage.

Police said he did have a permit for the snake from the Texas Parks and Wildlife Department.

Kennedy said they aren’t sure if it’s still in the area, but 10 more traps were placed near the home, bringing the total of traps in the area to 20.

Grand Prairie police warned people not to approach the snake, calling it "extremely dangerous." The owner said it likely won’t attack if it isn’t provoked.