Texas Democrats continue to draw a line in the sand, vowing to not return to the state until the special session ends.

The sole House Democrat who left D.C. and came back to Texas to talk with Republican lawmakers escaped Texas again.

The Texas House speaker issued a civil arrest warrant for when he returns.

Texas Democrats continue to draw a line in the sand, vowing to not return to the state until the special session ends.

"We are continuing to be here to seek federal intervention," said State Rep. Nicole Collier (D-Fort Worth).

Monday, the spotlight came back to State Rep. Philip Cortez (D-San Antonio). He returned to Austin last week in effort to, he says, have an open dialogue about voting rights and create some solutions.

Democrats in his caucus went so far as to call it a defection. 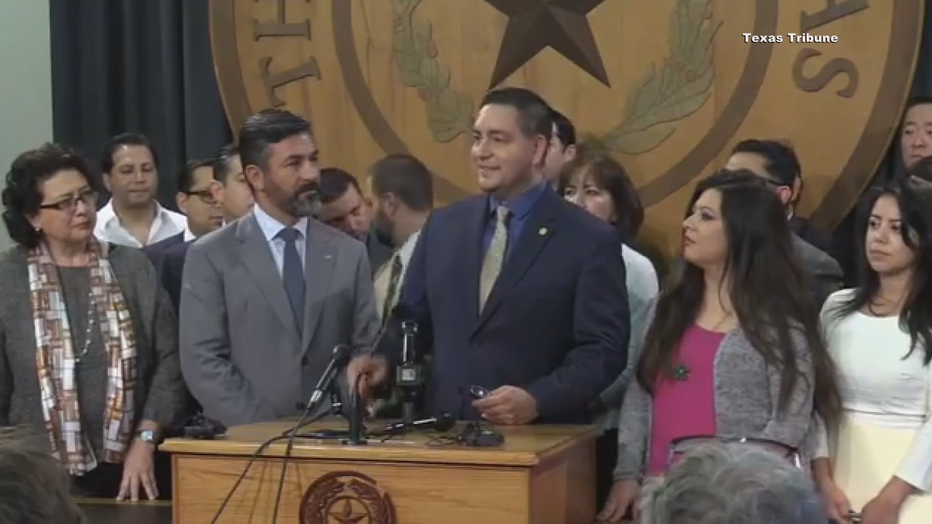 But on Sunday, Cortez rejoined Democrats in Washington, D.C.

Texas doesn’t have jurisdiction in D.C., but he can be apprehended and forced to the capitol by DPS troopers the moment he returns to Texas. It’s a move that’s already been made once. All Democrats in D.C. face civil arrest.

In a statement, House Speaker Dade Phelan said, "as a condition of being granted permission to temporarily leave the House floor, Rep. Cortez promised his House colleagues that he would return. Instead, he fled the state and has irrevocably broken my trust and the trust of this chamber."

Rinaldi says the voting bill will eventually pass, and he says Democrats are wasting tax dollars.

And while Gov. Greg Abbott can call as many sessions as he wants, he is running into a self-imposed deadline.

After the first session, the governor vetoed funding for lawmakers and their staff as a punishment for the Democrat walkout that killed the first voting bill.

By the end of August, all staffers working for both Republicans and Democrats will stop getting paid. It’s something the legislature will need to address.

"Let's wait until that actually happens to speculate on that. I don't think anyone wants staffers to go unpaid," Rinaldi said.

Democrats continue to meet with members of Congress. Later this week, they will testify before a committee on voting.

FOX 4 reached out to Cortez for a reaction to his arrest warrant.

His staff released this statement saying, "This past week I attempted to work with Republican leadership to reach a resolution to HB3. I owe a duty to my constituents to do everything I can to stop this harmful legislation."

If Democrats run out the clock on this special session, Rinaldi says Abbott should waste no time in calling another session.

"Ultimately, this is going to rest on how long can the Democrats stay away," Rinaldi said. "They're eventually going to have to come home to their families, to their businesses. If there's space in between the special sessions, that gives them respite that they can then use to gear up again and leave the state."