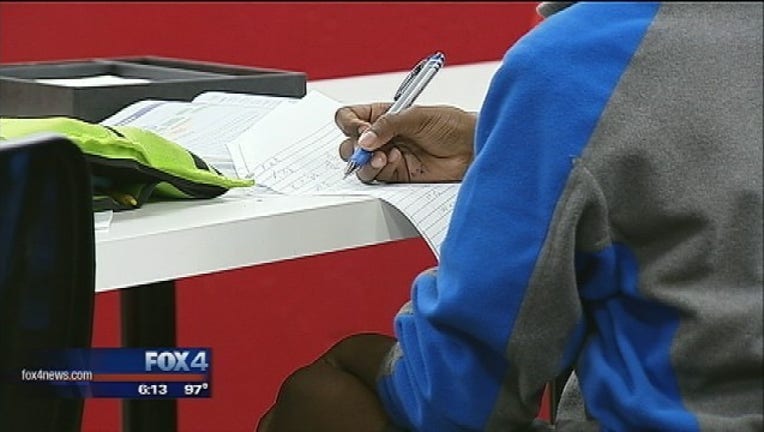 Since the state released the new progress report ratings for Texas school districts, FOX 4 has been crunching numbers to see how Dallas compares to other large, urban school districts.

We looked at the percentage of failing schools in Dallas ISD compared with other large urban school districts in Texas and found out Dallas ISD did better than Houston, San Antonio and Corpus Christi.

However, the interim school chief is not celebrating.

Quietly, Principal Juan Vega at Samuel High School has worked the past three years to help his students beat the odds.

Now, his work is paying off. For the first time in about a decade, his school is off the improvement required list.

“Our students, we know, come with certain deficits or challenges, but that doesn't stop us,” said Vega.

Overall, the number of Dallas ISD schools that are failing state standards ticked down by two percentage points.

However, the state also took math out of the equation this year, since the standards on STAAR testing changed.

So, FOX 4 looked at how Dallas compared to Texas' other similar, large, urban districts.

Only Austin, El Paso, and Forth Worth had a lower percentage of failing schools.

“I think it's too early to tell,” said interim superintendent Dr. Mike Hinojosa. “I think some of the initiatives are very exciting. I think the fact that we have high expectations for all the students throughout the system is great, but then at some point we got to deliver the quality instruction and make the changes.”

“If we don't have them ready to go by kindergarten, first grade, the cake’s a little bit fully baked by that point and we’re behind the eight ball,” said Rawlings. “You're going to see me continue to push harder for  pre-K.”

For a large, urban district, Dallas ISD had the second-highest number of schools earning academic distinctions, second to El Paso ISD and tied with Austin ISD.