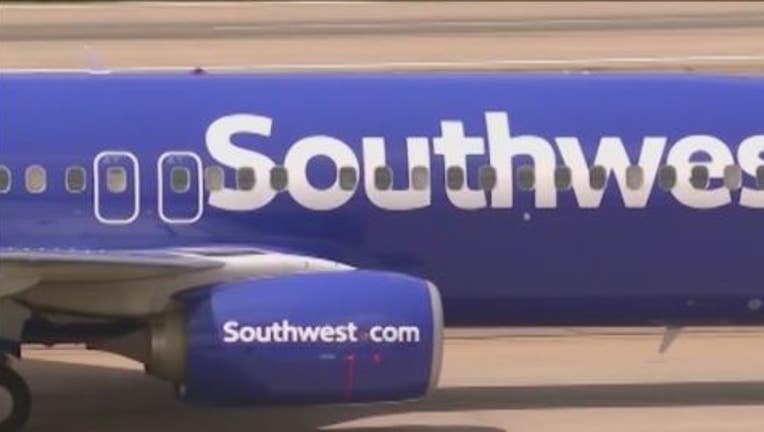 Eric Capdeville — whose flight was among those scrapped during the busy holiday week — is accusing the discount air carrier of violating its contract, and federal law, for "failure to provide prompt refunds for canceled flights" after the Christmas weekend winter storm impacted its operations, according to court documents.

Southwest said Monday that it was operating on a "normal schedule." Data from flight tracking website FlightAware shows the airline canceled 53 of its flight (1%)  Tuesday. Another 14% were experiencing delays as of 2:45 p.m. Eastern.

Southwest Flight Cancelations: What you should know about refunds, rebooking flights, & lost luggage

Southwest Airlines operations appeared returning to normal after more than a week of widespread cancellations.

However, Capdeville, who was supposed to travel on Dec. 27 from New Orleans, Louisiana to Portland, Oregon with his daughter, claimed he wasn't rebooked on another flight or refunded, according to the suit, which also stated that his "reservations and stay in Portland would be lost without reimbursement."

Instead, of getting refunded, Capdeville claimed he was only offered credit for travel on a future flight, according to court documents.

"Southwest reiterates that ‘in the event a flight is delayed, canceled, or diverted' by Southwest, the airline will provide one of two options to customers: (1) rebooking on the next available Southwest flight(s) with seats available to the customer’s ticketed destination, or (2) a refund of the unused portion of your Southwest ticket,’" the suit stated.

According to the suit, Capdeville is now seeking damages for all Southwest passengers whose flights were canceled and were not booked on alternative flights, refunded for their fare or reimbursed for other travel expenses.

Due to Southwest's flight cancelations, impacted passengers "cannot use their airline tickets through no fault of their own and they are not getting the benefit of their bargain with Defendant [Southwest]," the suit stated.

However, the carrier said in a statement that "there are several high priority efforts underway to do right by our customers, including processing refunds from canceled flights, and reimbursing customers for expenses incurred as a result of the irregular operations."

Southwest Chief Commercial Officer Ryan Green gave a personal apology and gives information on how people can rebook flights, get refunds and get lost bags returned to them.

Federal regulators have vowed a rigorous review of what happened at Southwest, with all eyes on outdated crew-scheduling technology that left flight crews out of place after the storm hit, essentially shutting down almost all of the carrier’s operations.

Read more and get updates on this FOX Business story by visiting https://www.foxbusiness.com/lifestyle/southwest-airlines-passenger-sues-airlines-breach-contract.