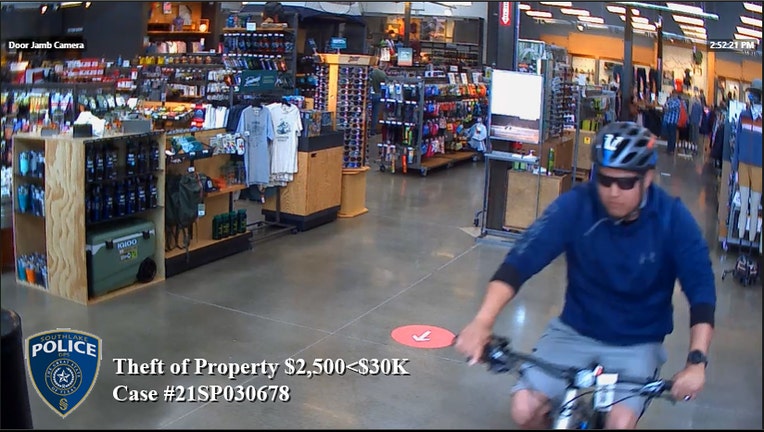 SOUTHLAKE, Texas - Police are working to identify the man who stole an expensive bicycle from a Southlake store last month.

The theft happened at just before 3 p.m. back on May 15, at the REI store at 1011 East Southlake Boulevard.

After browsing the store, he spoke with employees about testing out a champagne-colored Cannondale Jekyll Carbon 129 bike.

The employees said he could, and the thief rode the $6,374.73 bike out the front door and never returned.

Police said he had a helmet on when he rode off, but they aren’t sure if he stole that too or already had it with him.

The suspect was wearing grey shorts and a blue Under Armour long sleeve shirt, and police said his ring finger indicates he’s married.

Southlake police release surveillance video from the store, and are gathering nearby footage as well.

Anyone with information is asked to contact Southlake PD.