DALLAS - South Oak Cliff High School football fans will have to wait until after the first of the year to officially celebrate the school's second-in-a-row 5A Division II state championship.

A parade planned for Friday has been postponed because of the cold.

Black and gold is a way of life for many SOC High School graduates — even ones who graduated decades ago.

Now, graduates and brothers, Malik and Bismillah Muhammad each have sons both named after them on the football team that just won back-to-back state championships.

Malik Jr. had an interception for a touchdown during last Friday’s championship win. 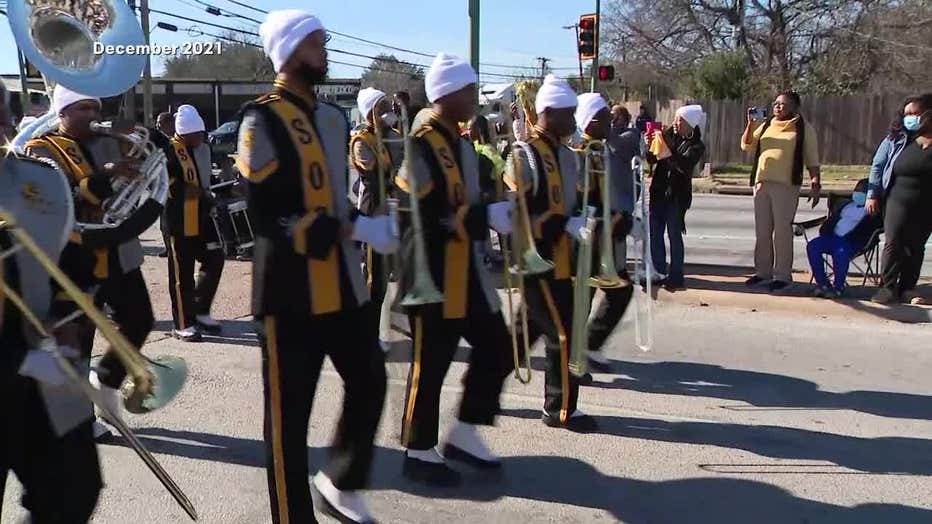 "No team has ever went back-to-back in DISD history," Bismillah said. "That’s something that cannot be taken away from."

"The main important part is that we want our community to really enjoy, really be able to celebrate, and we want the maximum attendance," he said. "But people are truly excited about this because they know what South Oak Cliff has had to go through, what that community at large has had to go through to get to this moment."

Temperatures could drop close to single digits Friday. So, while some fans say they would’ve toughed it out, they’re more than okay waiting until it’s a bit warmer because they believe the black and gold’s accomplishment deserves everyone’s attention.

"And it shows that when things are equitable, anything is possible. Even in the inner city," Malik said.

Dallas ISD is planning to cancel soccer scrimmages on Friday and Saturday, according to an athletic department spokesperson. It says it’ll also be examining matches on Wednesday and Thursday.