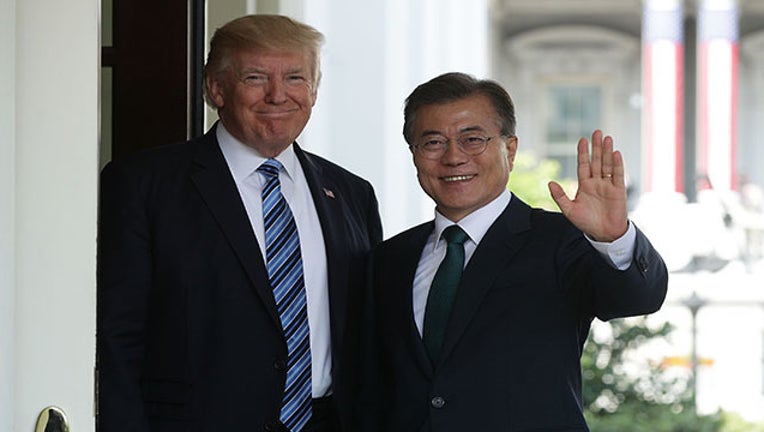 (FOX NEWS) - South Korean President Moon Jae-in said Monday that President Trump deserves to win a Nobel Peace Prize for his role in talks to denuclearize the Korean peninsula and end the decades-long war between the North and South.

Moon’s comment, as reported by Reuters, came following a congratulatory message from Lee Hee-ho, the widow of late South Korean President Kim Dae-jung, where she said Moon deserved to win the prize for his work with North Korea. Moon’s response was that Trump, instead, should win the prize.

“President Trump should win the Nobel Peace Prize,” Moon reportedly told a meeting of senior secretaries, according to a Korean official who briefed the media. “What we need is only peace.”

The comments came just days after Moon met with North Korean dictator Kim Jong Un for a summit at the Peace House in Panmunjom.

Trump continued to play an active role on Monday, floating the possibility of holding his expected summit with Kim at the same location.