Jalen Kitna attended Burleson High School before becoming a quarterback at the University of Florida. 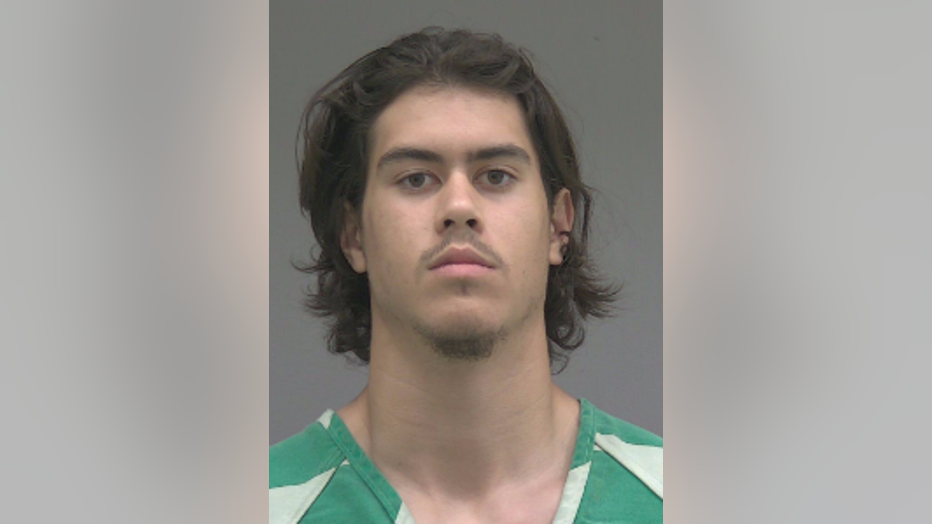 On Wednesday, police said they served a search warrant at 2308 SW 38th Drive after they received a cyber tip indicating that a Discord user, later identified as Kitna, "distributed an image of child sexual abuse material (CSAM) through their platform."

Police said when they interviewed Kitna, he said he remembered sharing the two images, but believed they were "legal" since he found them online.

Shortly after sharing the pictures, Kitna said his Discord account was deactivated and assumed that someone reported him, police said.

He was arrested in Florida and booked on two counts of distribution of child exploitation material and three counts of possession of child pornography.

The 19-year-old Kitna has played in four games for the University of Florida.

"We are shocked and saddened to hear of the news involving Jalen Kitna. These are extremely serious charges and the University of Florida and the UAA have zero tolerance for such behavior. Jalen has been suspended indefinitely from the football program," a statement from the University Athletic Association said.

He is currently the head football coach at Burleson High School.