The hospitals in El Paso are so overcrowded due to a massive surge of COVID-19 hospitalizations that some patients are being sent to North Texas.

EL PASO, Texas - El Paso County has ordered a two-week shutdown of all non-essential businesses to curb a massive surge of COVID-19 hospitalizations.

Their hospitals are so overcrowded that some patients are being sent to North Texas.

“Since the inception of this pandemic, El Paso County has never seen this level of infections throughout our community,” said El Paso County Judge Ricardo Samaniego. “Our hospitals are at capacity. Our medical professionals are overwhelmed. And if we don’t respond, we will see unprecedented levels of deaths.” 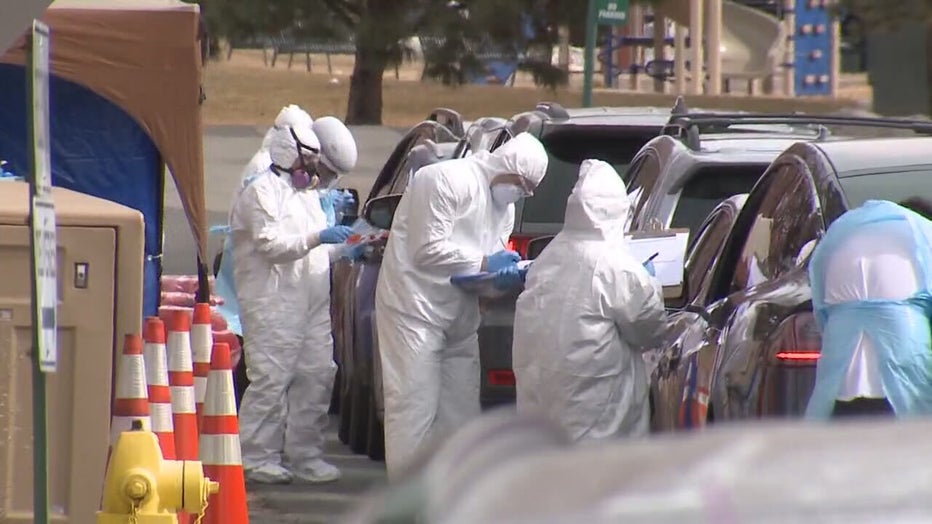 It’s bad enough that despite field hospitals opening up to handle a surge, some patients have been transferred to North Texas.

“In El Paso, they’re trying to look at candidates that potentially could be moved if the family agrees as they come to the emergency room,” he explained. “As opposed to going in and taking a patient that’s already in a bed and already in place in the hospital and displacing them.”

Governor Greg Abbott this week said if 15 percent of a hospital’s capacity is occupied by COVID patients, some reopening stages will need to scale back. The Lubbock area, Amarillo, and, of course, El Paso have already reached that threshold.

“That region would have to go back. Bars would be closed. Businesses would be operating at a 50 percent level,” he said.

El Paso County made the decision to take restrictions a step further, even though the governor doesn’t allow for those measures.

Paxton issued a statement on Twitter saying he’s exploring legal action. He said the county judge “has no authority to shut down businesses in El Paso County. This is a direct violation of Gov. Abbott ’s executive order.”