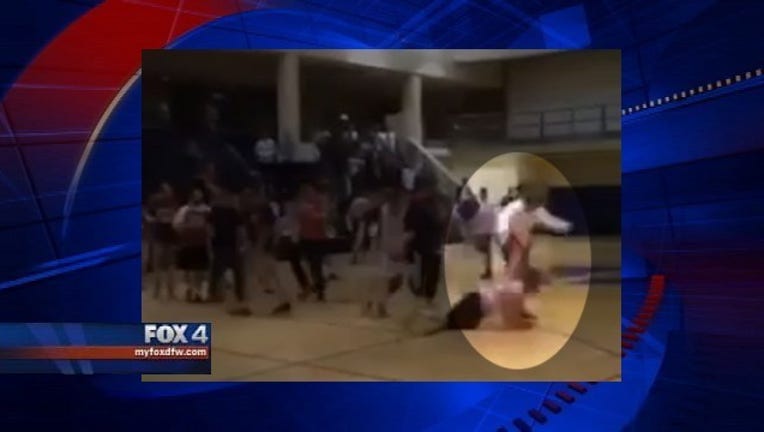 An intramural basketball game at SMU ended with two fraternities brawling and a blindside kick to the head.

The two sides became heated after the buzzer ended and the video shows a FIJI member laying on the court who is then kicked directly in the face by a Pike.

Members of both fraternities then stormed the court as the video cuts off.

SMU Police records show a student received a conduct referral for assault, which occurred in the Dedman Center for Lifetime Sports.

When asked for comment, SMU officials said the incident was under investigation by SMU Police.