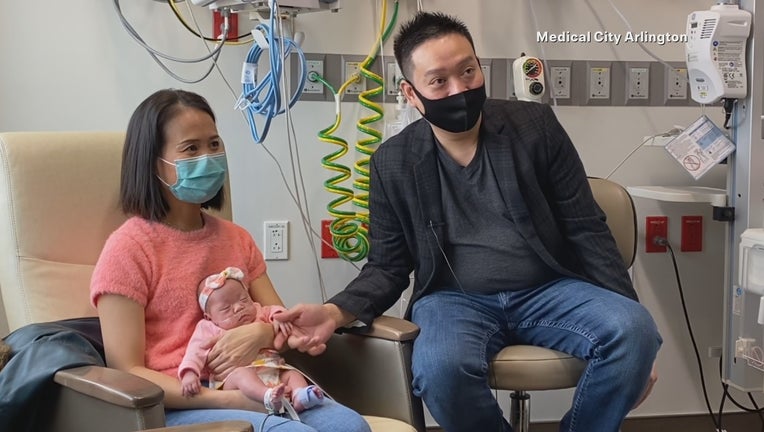 ARLINGTON, Texas - The smallest baby ever born at Medical City Arlington is home for the holidays.

Paris Nguyen weighed less than a pound when she was born in August.

Her mom gave birth at just 23 weeks gestation and doctors said her chances of survival were low.

On Thursday, her doctors and NICU nurses cheered as she left the hospital with her parents. 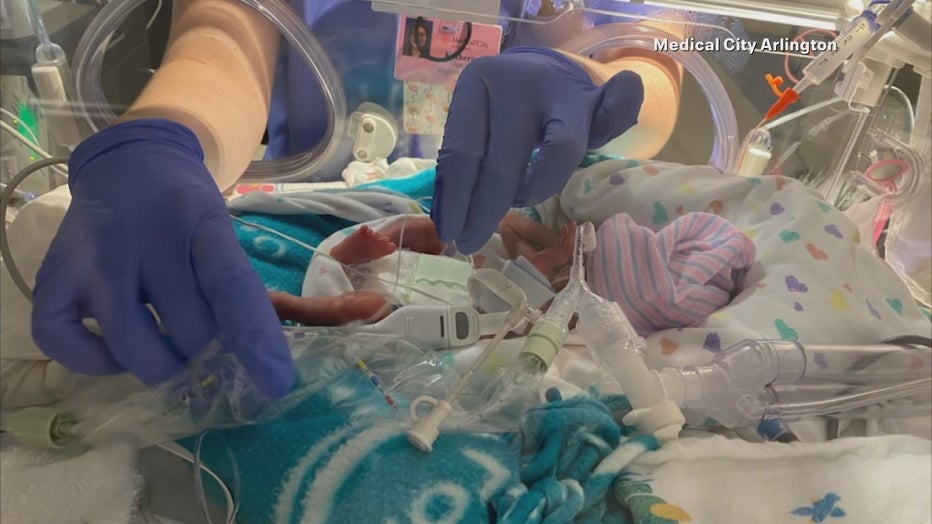 Weighing less than a pound, Paris Nguyen was the smallest baby ever born at Medical City Arlington.

"They say she’s a miracle but with without them, the miracle wouldn’t have happened," said Duc Nguyen, her father.

"Seeing the journey she has come through from being a very, very critical helpless baby to a healthy 3 kilo healthy baby going home, it’s a very joyful thing for the whole team taking care of her," said Dr. Raghu Turebylu with Medical City Arlington.