ARLINGTON, Texas - Arlington-based amusement park operator Six Flags has become "day care center for teenagers" after offering too many discounts, according to its chief executive officer.

During an earnings call with analysts, Selim Bassoul — who took over the role in November — talked about the company's new strategy to keep "rowdy" teenagers from running amok. The plan includes hiking prices and trying to attract a more affluent customer.

"Our aggressive strategic shift is still a work in progress, but my first nine months at Six Flags as Six Flags CEO has only reinforced my initial belief in Six Flags potential," Bassoul said.

Throughout the second quarter, total attendance dropped 22% to 6.7 million guests compared to a year ago due in part to the elimination of free tickets and low margin product offerings "coupled with increased pricing into a market that had become accustomed to discounts," Six Flags CFO Gary Mick told analysts.

The theme park operator has been in the process of an aggressive shift in strategy after realizing that it "had discounted too much" and that "the philosophy of filling our parks" was not the right one, he added.

As a result, "we only got the discounter, or we became a day care center for teenagers," Bassoul told analysts.

Part of the new strategy is to institute new pricing, which means catering to customers with families or young adults "who are willing to come and spend the money in our parks," he added. 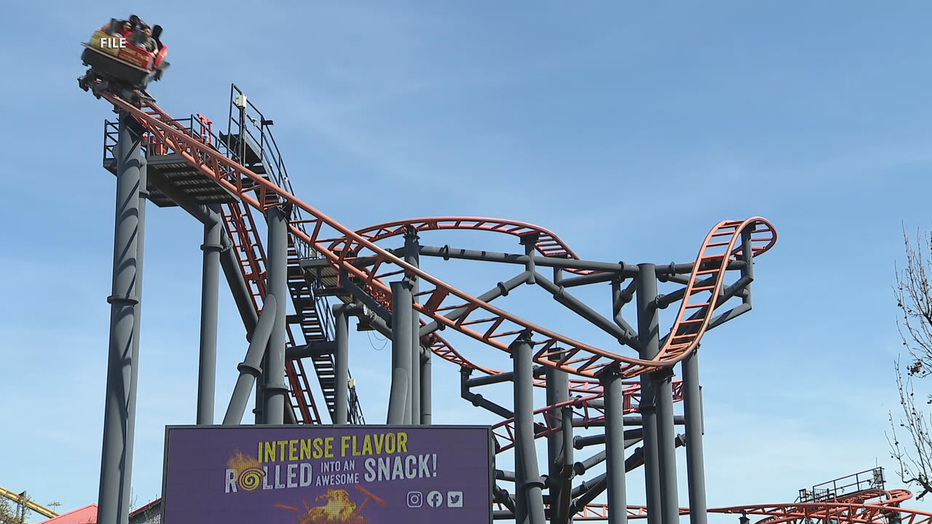 He said Six Flags expanded its advertising to pursue a broader market. In the past, the company focused on previous guests.

"Now, we're changing that philosophy, and we're going to a broader market. We're going to, what I call, more affluent neighborhoods where we would like to bring people from those neighborhoods to come to our park who have not been targeted before," Bassoul said.

Although Six Flags experienced a decline in attendance over the past three months, the company said it was able to offset much of the drop in revenue through increased guest spending.

The increase in admission spending was "driven primarily by higher realized ticket prices and a higher mix of single day tickets," Mick added.

Heading into fall, the company plans to add new offerings in an attempt to increase visitations such as introducing a new dining plan, creating a bigger Fright Fest with activities to attract more families as well as introducing an Oktoberfest event.