Six Flags Over Texas is in the midst of a multi-year transformation with new rides, new food and a new general manager -- former Waco morning news anchor and Six Flags communications manager and marketing director Sharon Parker. She's now the first black female to hold a general manager position in the company.

ARLINGTON, Texas - Six Flags Over Texas is in the midst of a multi-year transformation with new rides, new food and a new general manager.

"I think when we’re looking at dreams and aspirations, of course we put the big lofty goals there and you say a prayer and you hope that one day they can come true. And today, I’m a testament that if you continue to work hard, you continue to focus on that that you believe in and show that you are willing to learn and take on as much as possible, that support along the way does pay off. It’s an hour to be standing here doing something I dreamed of but didn’t know it would be attainable," she said.

Parker is a familiar face in the organization. She served as the communications manager and then the director of marketing.

Six Flags has made recent improvements to the park including updating its front gate, painting buildings and adding new landscaping.

"Our entire front entrance to the park has taken a transformation. It’s brighter, more colorful. We’ve added new paint. We’ve also expanded just the entryways so that it is a lot easier for families to be able to come through and immediately enjoy themselves," Parker said. "We’re looking at it from that guest perspective. We’re looking at it from that mom perspective. What is it that is going to make their visit to the park more enjoyable?" 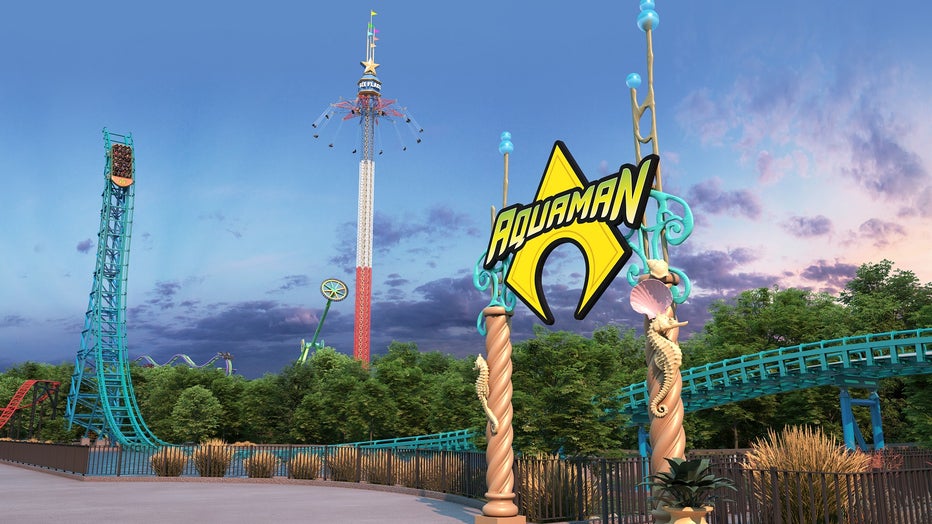 There are also new rides to experience including the Texas Skyscreamer and soon the new Aquaman Power Wave water coaster and a re-imagined Pirates of Speelunker Cave.

"We launched Texas Skyscreamer, a new experience on that. We launched that during spring break. We wanted to see how the guests would respond to it and the response has been overwhelming," Parker said. "You get to act as if you are Superman himself and you will fly 400 feet in the air on your belly and take in all the sights and sounds of the Arlington skyline."

Parker said the beloved Speelunkers from the cave attraction that opened in 1964 are making a return with a new adventure.

"I’ve had a test run and I’m going to tell you, you won’t be disappointed," she said.