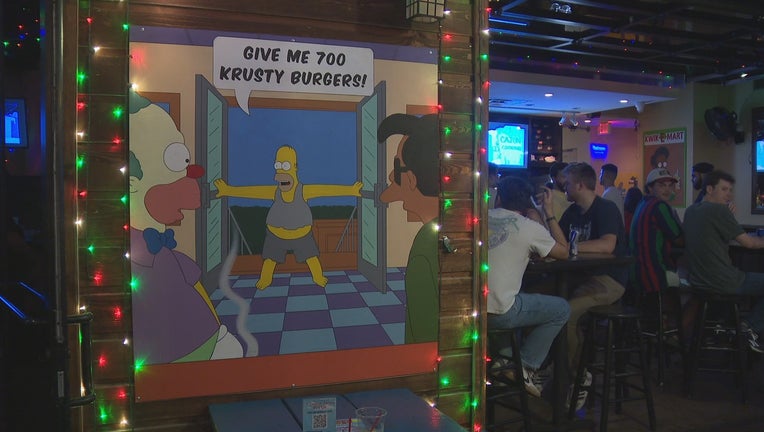 DALLAS - A portion of Lower Greenville will look more like The Simpsons’ Springfield.

The bars are next to each other on North Henderson Avenue. They will play tribute to the beloved FOX animated series.

Next door, High Fives Bar Restaurant will turn into a Krusty Burger for the next two months.

One of the people behind it all says it's been fun reliving one of his favorite shows.

"It’s such a legendary show. It’s been out for so long," said co-founder Brandon Hays. "We can identify different points in our lives by looking at different episodes. we relived it. we really enjoy it. We are fans of what we are doing in here."

And it would not be a true immersion without some Duff beers, Krusty burgers and other Simpsons snacks.