Any skill successfully performed for the first time at a major international competition takes on that gymnast’s name, according to Team USA, citing the gymnastics code of points.

STUTTGART, Germany - “The Biles” and “The Biles II.”

Two incredible moves are expected to be named after Simone Biles, the 22-year-old gymnastics superstar, after nailing the two new skills during the women’s qualification round Saturday at the FIG World Championships in Stuttgart, Germany, according to Team USA.

Biles first performed each one at the U.S. championships in August and made history as the first gymnast to do so in an official competition.

The new skills were expected to receive new names — Biles II for the floor move and the Biles for the balance beam landing.

Any skill successfully performed for the first time at a major international competition takes on that gymnast’s name, according to Team USA, citing the gymnastics code of points. In the coming weeks, an International Gymnastics Federation committee will determine if Biles performed the skill cleanly enough to assign her name to the moves, Team USA said. 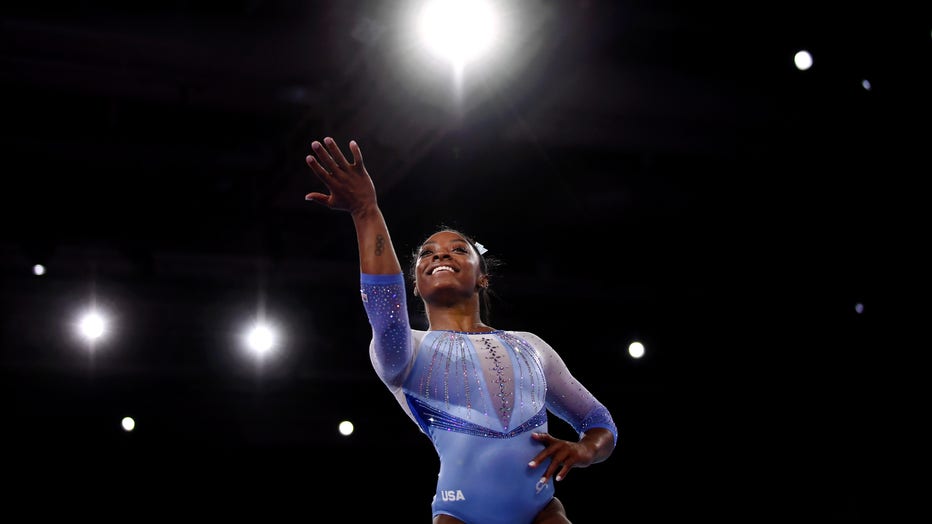 Simone Biles of USA performs on Floor during Women's Qualification on Day 2 of the FIG Artistic Gymnastics World Championships on October 05, 2019 in Stuttgart, Germany. (Photo by Laurence Griffiths/Getty Images)

The Olympic gold medalist already has two skills named for her, a double layout with a half turn on the floor and a roundoff half on, front layout double twist vault, according to Team USA.

It's the last major championships before the 2020 Summer Olympics in Tokyo.