DALLAS - It is the second day of early voting here in Texas.

Some congressional races are being looked at with national interest after the Republican seats turned blue in the 2018 election.

One of those seats is the 32nd Congressional District, made up of Dallas, Garland, and Richardson.

Now, he's back on the ballot, and the question is: Can he keep the seat in Democratic hands?

For 16 years, Texas Congressional District 32 was a Republican stronghold served by Pete Sessions.

Allred changed that in 2018, when he defeated Sessions by a seven-point margin.

“We will see. I am not a political analyst, I am somebody who cares about this community. I ran because I thought we needed to go in a different direction. I’ve been trying to do the work of the people while I’ve been here. I hope people will judge me based on that work,” Rep. Allred responded.

Allred's seat is being targeted by the National Republican Congressional Committee. 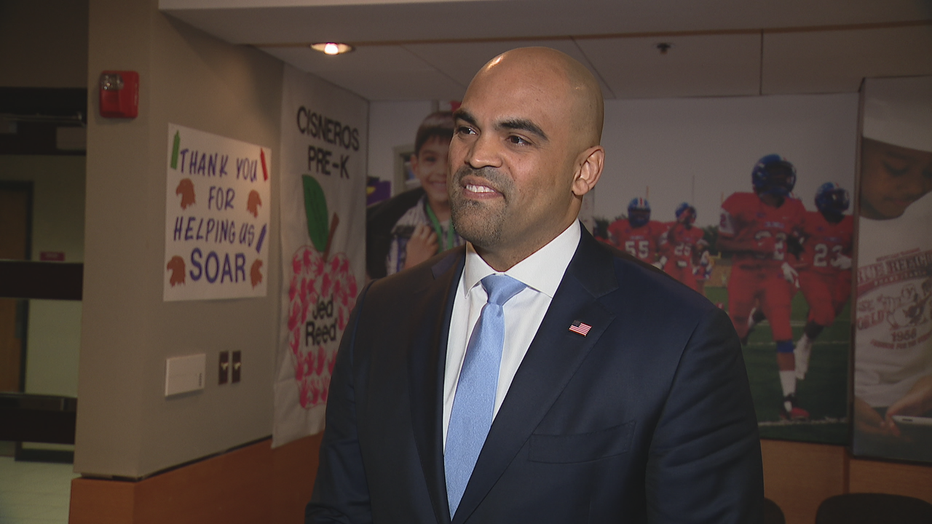 He faces no Democratic primary opponent, but five Republican candidates are hoping to flip the district back red.

“Every election cycle, it gets slightly more Hispanic, slightly more diverse. You put those two things together and that created a good environment for Allred to win in 2018,” SMU political science professor Matthew Wilson explained.

Professor Wilson expects Collins to be the one facing off against Allred.

“[Genevieve Collins] has significant financial resources. She is already up with extensive television advertising,” Wilson said. “She has a range or endorsements and connections in the Republican party, so I would see here as the candidate to beat on the Republican side.”

Allred spent time Wednesday talking to community leaders in Garland about the need for workforce development.

Wilson said that aside from who Allred will face in November, the real test could be who is the Democratic nominee for president.

“His worst nightmare is to be running on the same ticket as Bernie Sanders. Because Bernie Sanders is the kind of radical leftist candidate that would alienate a lot of moderate swing voters and lead them against the Democratic ticket entirely,” Wilson explained.

Allred touts himself as a candidate that is not afraid to work with Republicans.

He thinks it's part of the reason he got elected.

“I try to find areas where we have agreement and try to make sure we deliver results for people. At the State of the Union, the President called out my child tax credit bill. It’s to move toward family leave. It’s a bipartisan bill and the President wants to get it passed,” Rep. Allred said.