Several large DFW employers, including its second largest, American Airlines, plan to comply with the Biden Administration's new rules for vaccinations, where any company with 100 employees or more must require vaccinations or mandatory testing.

DALLAS - Several large DFW employers, including its second largest, American Airlines, plan to comply with the Biden Administration's new rules for vaccinations, where any company with 100 employees or more must require vaccinations or mandatory testing.

American and Southwest airlines are reviewing the president’s order, but said they will likely comply.

One local employer said he is moving forward with the vaccine mandate later this month.

A day after President Joe Biden announced the Labor Department will mandate vaccinations or weekly COVID testing for any business with more than 100 employees, employers are preparing for the shift in policy.

"Within minutes of it, I shot a message to my leadership team saying, ‘OK, we are doing this,’" said Kevin Lillis, owner of Hospitality Alliance, which has about 200 employees in multiple restaurants. "We absolutely respect people’s freedoms, but we feel more comfortable pushing people to do this or provide negative tests now that it’s reached FDA approval."

In a letter to employees Friday, American airlines said: "While we will review the details of the plan and determine the path forward for American, what we know is that the president’s actions underscore the importance of team members getting vaccinated against COVID-19 — and sooner rather than later."

Southwest said in a statement: "With more than 54,000 employees, Southwest Airlines is prepared to move toward compliance with the forthcoming U.S. Labor Department rule."

"My message to unvaccinated Americans is this, what more is there to wait for? What more do you need to see?" President Biden said during his announcement Thursday. 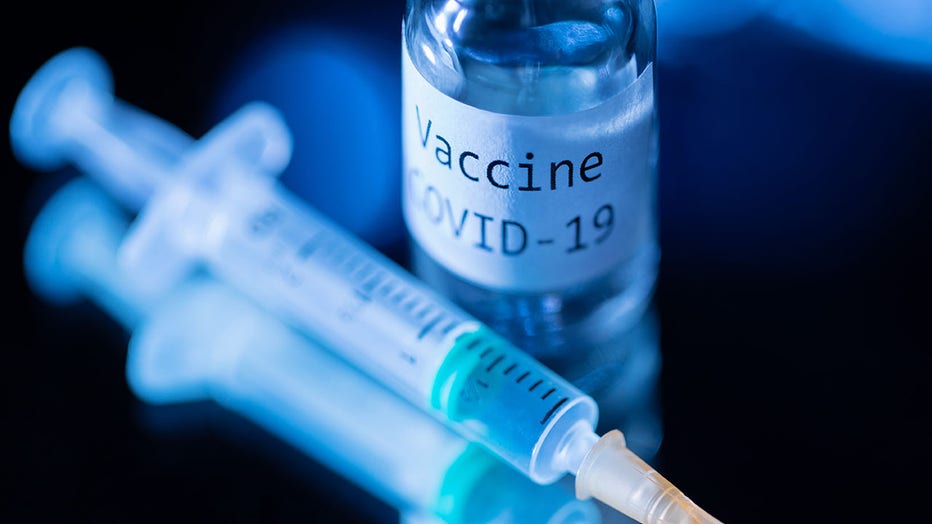 This picture taken on November 17, 2020 shows a syringe and a bottle reading "Vaccine Covid-19". - According to the World Health Organization, some 42 "candidate vaccines" against the novel coronavirus Covid-19 are undergoing clinical trials on Novem

Republicans, as expected, were critical of the new rule, which will affect about 80 million private-sector workers.

But the president also received some criticism from major labor unions, who put their support behind him during the 2020 election.

The Republican National Committee plans to file a lawsuit over the president’s action, calling it "unconstitutional."

"He has the authority, Secretary Walsh, to act and to put in standards to make sure that people are doing things to keep themselves and people around them safe," said Karine Jean-Pierre, White House principal deputy press secretary. "This is making sure that we are saving your life and you're saving your own life and protecting the people around you."

Meanwhile, Lillis said he is working to get his employees vaccinated within the next month.

Companies have up to 75 days to comply.

Employees who need time off for vaccine related side effects will be compensated.

He said those who opt for weekly testing will have to get their test at their own expense.

"We have not heard any pushback so far and we don't anticipate any," Lillis said.