The conversation was closed to the media, but FOX 4 spoke to the senator afterward. He spoke about several topics, including job creation, COVID and the situation in Afghanistan.

The senator was in Irving Wednesday talking to the mayors about the economy, job creation and the needs in their communities.

Cruz spoke with reporters after the closed-door meeting. He said the key to creating an environment that allows small businesses to grow is low taxes and low regulations. 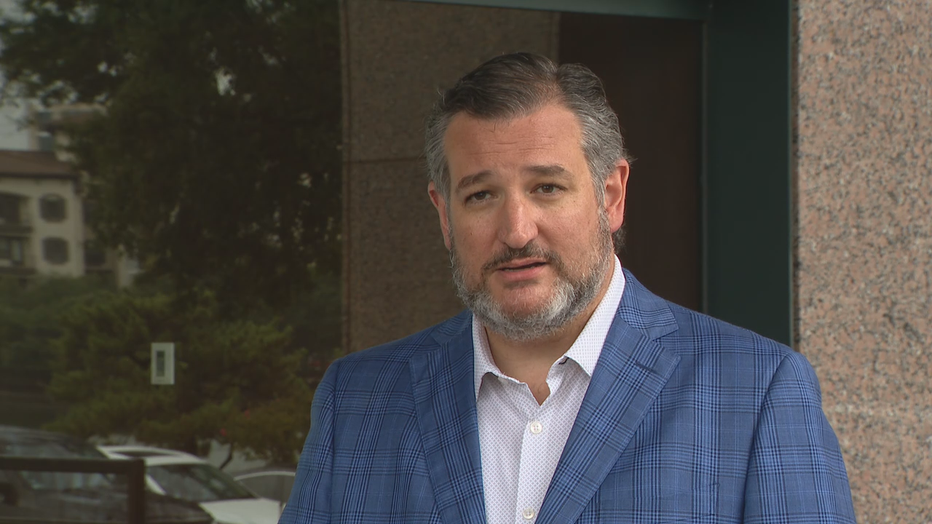 Both Sen. Cruz and Sen. John Cornyn voted against the sweeping legislation due to its hefty price tag.

"The out-of-control debt and spending we're seeing in Washington, I think we're on a very dangerous path being driven by the new administration," Cruz said.

He also talked about the turmoil in Afghanistan following the surprisingly swift collapse of the U.S.-supported government.

Once the evacuation of Americans and Afghan refugees is complete, Cruz wants congressional hearings to find out what happened.

Fort Bliss in El Paso is being set up to house up to 10,000 Afghan refugees. The first 300 are expected to arrive in Texas in the coming days.

MORE: Some Afghan refugees fleeing Taliban control will be resettled across North Texas

Cruz said that means making sure every refugee is properly vetted. He also talked about the state's response to the pandemic.

The Texas senator said he is an advocate for masks and vaccines but does not believe that the government should mandate either, even in public schools worried about COVID spread among the unvaccinated.

"I don't believe the science justifies mandating masks in schools," he said. "If you want to choose to wear a mask, no one is stopping you from making that choice."

Sen. Cruz said he also does not agree with private companies or the federal government requiring many of its employees to get the covid vaccine or risk losing their jobs.

Cruz shared that he is vaccinated and is a proponent of it, but he believes it ultimately should be an individual choice.