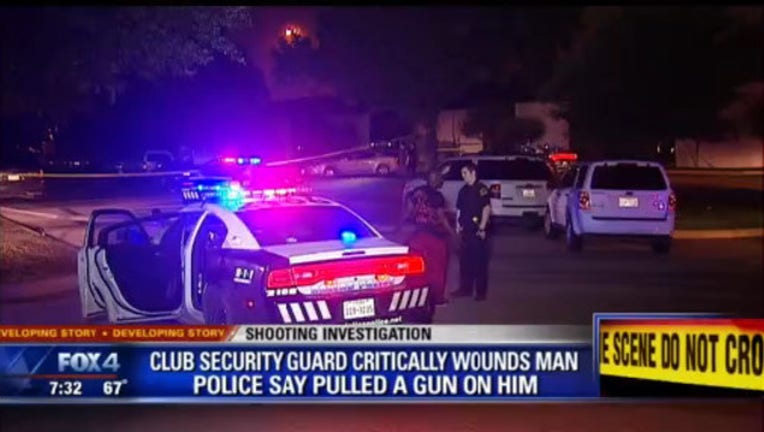 A security guard shot a man who pointed a gun at him outside Dallas Cabaret South in north Dallas, Dallas police said.

It happened around 4:00 a.m. Saturday after club security escorted a group of men outside after they got into a scuffle.  A man in that group pulled a gun on one of the security guards, police said.

Another security guard shot the armed man.  He was taken to Parkland Memorial Hospital in critical condition.

The shooting is under investigation.