A woman was shot and killed by a security guard outside a Dallas nightclub. The club's management shared video of that woman driving into a group of security guards and pinning one of them against another vehicle.

DALLAS - Police said a Dallas nightclub security guard shot and killed a woman over the weekend.

Shalanda Anderson was shot around 5 a.m. Saturday outside XTC Cabaret, near the Stemmons Freeway and Regal Row.

The club’s management said video showed Anderson driving the wrong way in the parking lot. She then drove her car into a group of security guards who were trying to stop her. 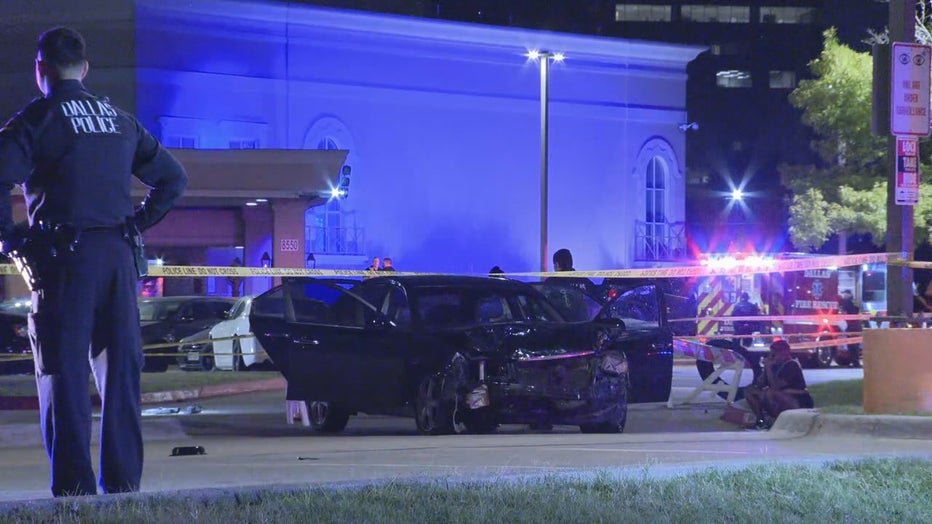 One of the guards shot the 32-year-old after being pinned between her car and another vehicle.

Security video from outside Dallas' XTC Cabaret shows a car driving toward a group of security guards in the parking lot. A guard who was pinned between the car and another vehicle fatally a woman in the car.

"Reportedly fearing for her life, the security guard shot the driver as the guard was being hit and before the driver could seriously injure or kill others," XTC Cabaret Dallas said in a statement.

No one was arrested. Police said it will be up to a grand jury to decide if anyone will face charges for the fatal shooting.