A local school district is taking steps to fire a high school principal at the center of a controversy.

COLLEYVILLE, Texas - A North Texas school district moved a step closer to firing a high school principal at the center of a growing controversy, even though he was met with overwhelming support at Monday night’s board meeting.

The district said state law has prevents it from releasing details about his suspension.

Whitfield, who is black, said it’s backlash over allegations that he taught "critical race theory." The district denies that. 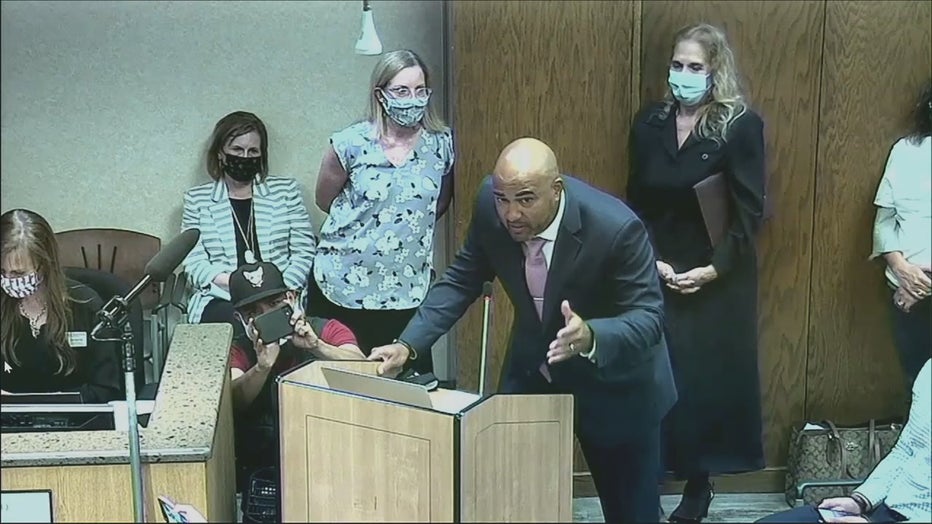 At a meeting Monday night, Whitfield was accused of being dishonest about his dealings with the media and of being insubordinate and disrespectful towards the district.

The board also brought up an unspecified incident earlier this year in which it said Dr. Whitfield deleted emails that should have been kept under the district's record-keeping policy.

Trustees voted unanimously to begin the process of not renewing his contract for next year.

But many people spoke in favor of Whitfield during the meeting.

"Your decision tonight matters and will have a ripple effect for years to come. I ask that you take this opportunity to show him you have his back and that hate has no place in GCISD," said Sheri Robbins, a teacher in the district.

And he told trustees that his "unapologetic" support for all students is what led to the present situation.

"I am an advocate for all students. I believe every student regardless of race, religion, sexual orientation, whatever bucket you want to put them in, I believe they should have access to excellent, equitable education. Yes, I said those words," Whitfield said.

Dr. Whitfield is the first black principal Colleyville Heritage High School has had.

GCISD Superintendent Robin Ryan said the board’s decision is not related to his race.

Monday night’s vote does not guarantee he will be terminated. He has 15 days to decide whether to appeal.

If he does, he must go before the board of trustees and make his case for renewing his contract next school year.