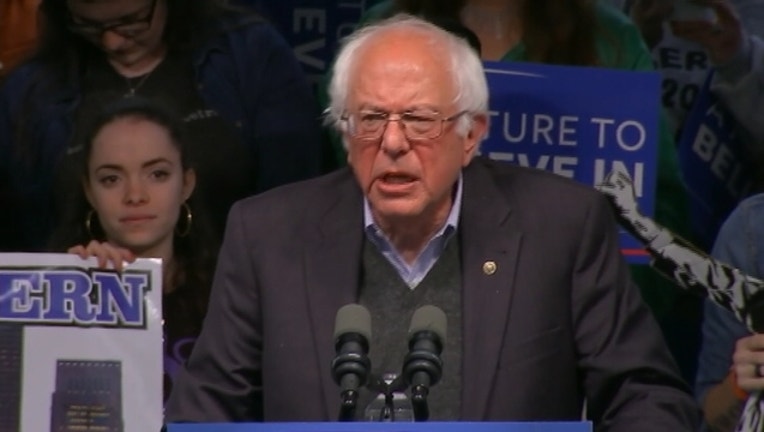 WASHINGTON - Bernie Sanders said Tuesday that his primary bid against Hillary Clinton was far from over, pointing to his victory in Indiana and strength in upcoming races as a sign of his durability in the presidential campaign.

"I know that the Clinton campaign thinks this campaign is over. They're wrong," Sanders said in a telephone interview with The Associated Press from New Albany, Indiana. "Maybe it's over for the insiders and the party establishment but the voters today in Indiana had a different idea."

Sanders spoke to The AP after he defeated Clinton in Indiana's primary, predicting that he would achieve "more victories in the weeks to come" in West Virginia, Kentucky, Oregon and California. The Vermont senator acknowledged that he faced an "uphill climb" to the Democratic nomination but said he was "in this campaign to win and we are going to fight until the last vote is cast."

Sanders' win in Indiana likely won't make much of a dent in Clinton's lead of more than 300 pledged delegates. Clinton is still more than 90 percent of the way to clinching the Democratic nomination when the count includes superdelegates, the elected officials and party leaders who are free to support the candidate of their choice.

Sanders said in the interview that he would be the best-positioned Democrat to take on Republican Donald Trump, who is now the likely Republican nominee after Texas Sen. Ted Cruz dropped out of the race. "There is nothing more I would like than to take on and defeat Donald Trump, someone who must never become president of this country."

Sanders said he wants to debate Clinton in California later this month, noting that both campaigns had reached an agreement in principle to hold the forum in the nation's largest state.