ALLEN, Texas - The home of an Allen High School star football player was recently vandalized with a racist slur.

The school district says junior quarterback Mike Hawkins Jr. and his younger brother are no longer enrolled in Allen ISD.

On Dec. 28, the home of former NFL player Mike Hawkins Sr. was vandalized.

Allen investigators told FOX 4 someone allegedly spray-painted the n-word on the garage. 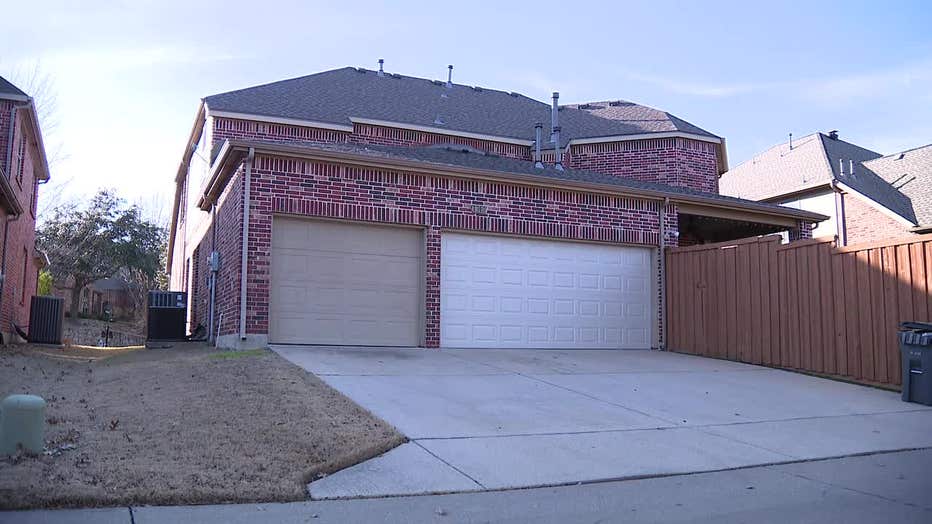 Dave Campbell's Texas Football lists the junior as a four-star recruit, ranking him third in his position. He has scholarship offers from Alabama, Oklahoma, TCU, Arkansas, Michigan and others.

The incident has resulted in Mike Sr. pulling his children out of Allen ISD.

"They told me something happened in the garage of one of my neighbors and if I had a security camera back there or if I had seen or heard anything," said neighbor Cameron Keathley.

The Hawkins home was listed for sale weeks before the incident happened. When FOX 4 arrived at the home Friday, the family was home. We spoke to Hawkins off-camera, and he had no comment.

"All my neighbors here, they know him. I have only heard good things about him," Keathley said. "I can’t imagine someone from around here would do that. I think it would have to be because he’s the quarterback. He is well known. Someone is trying to get under his skin."

In a statement, Allen ISD told FOX 4, "We are saddened to learn that a family’s home was vandalized with hate speech. Any instance of hate speech, no matter where or how it occurs, goes against the core beliefs of our school district, and it has no place in our community." 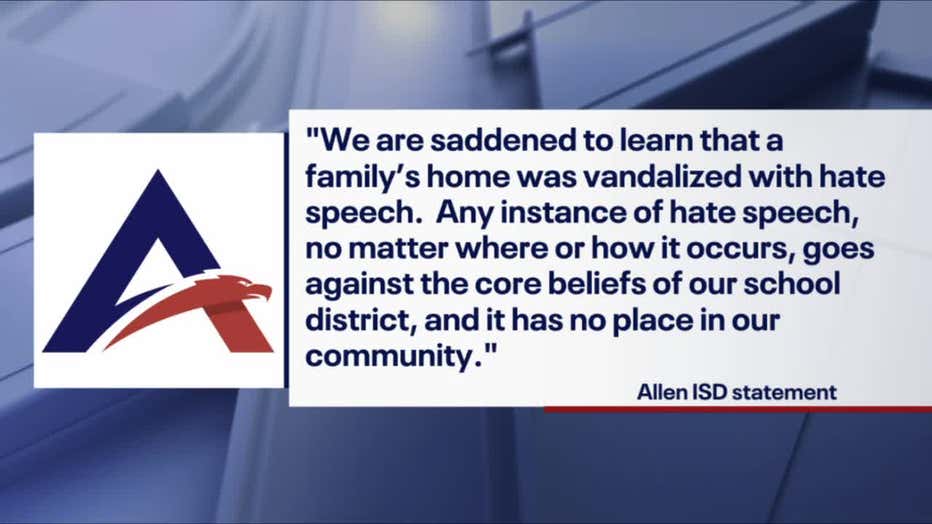 While Mike Sr. had no comment for us, he told the Dallas Morning News "the first thing that comes to your mind is getting your kids to safety."

According to the report, his wife Anabelle Hawkins said she gets "nervous to go outside."

"I’ve walked around this community. It’s pretty diverse," Keathley said. "So it kind of surprises me that someone would do it at all, have it in their mind. I think it has to be someone who is not from around here."

Allen PD has no additional details to share, only saying this is an ongoing investigation.